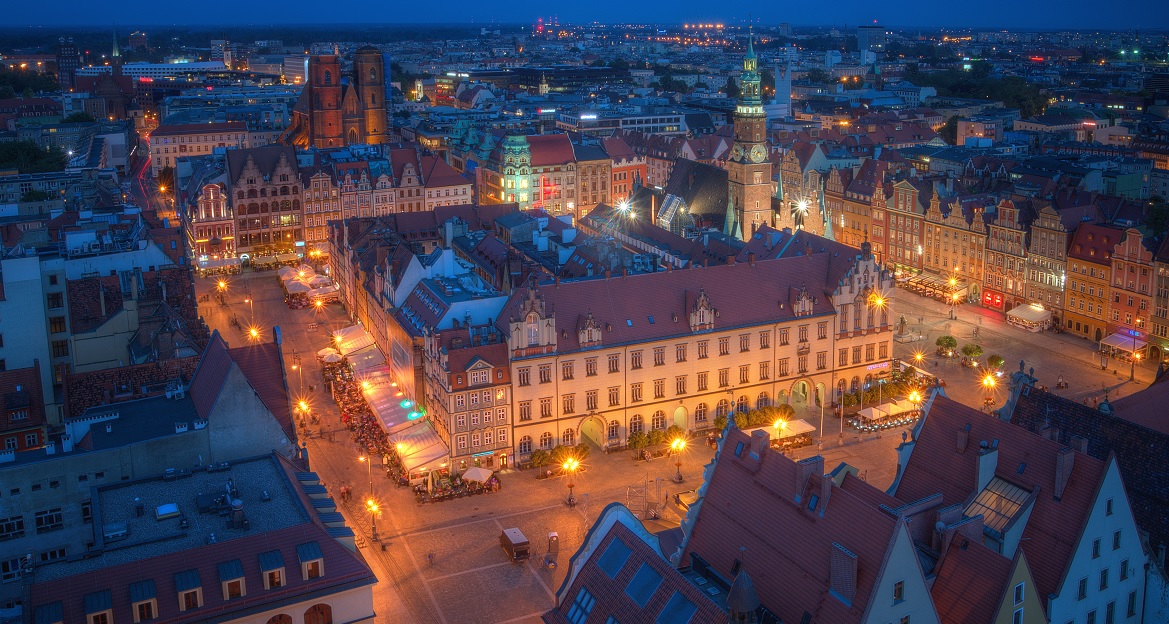 There were 515 conferences and congresses (constituting 66% of all meetings held in Wrocław last year; a higher percentage of congresses and conferences was reported only in the case of Kraków), 220 corporate and incentive events (28 pct.) and 41 trade fairs and exhibitions (5 pct.). These figures mean that, similarly to Kraków, Lublin and Łódź, Wrocław is a typically conference-oriented city.

The World Games 2017 had 3,500 athletes from 112 countries competing in Wrocław. 240,000 spectators admired the representatives of 31 sports disciplines. The event also involved 1,600 volunteers. In addition, the World Games 2017 was an unquestionable media success. TV broadcasts reached 131 countries all over the world, generating a total reach of 460 million viewers (more than 12 million in Poland alone). Finally, Wrocław played host to 700 accredited journalists from 50 countries.

The structure of Wrocław meetings and events by the origin of groups is nearly identical to its national counterpart: domestic groups accounted for 82 pct. of all visitors to Wrocław. The same holds true in the case of the branch structure of organisers/clients. Similarly to the rest of the country, Wrocław had the sector of commerce and services ranked first (at precisely the same level of 28 pct.), followed by economics and politics (20 pct. vs. the national average of 18 pct.) and the medical industry (17 pct. vs. 16 pct. in the whole country).

The meetings and events staged in Wrocław in 2017 lasted an average of 1.36 days, slightly shorter than in the whole of the country. The list of busiest months included October (12 pct.), April and November (11 pct. each) and June and May (10 pct. each).

Wrocław is a city teeming with life, a cultural melting pot and a tourist favourite. This reputation is confirmed by the European Best Destination award received in 2018 and recommendations in foreign media (The Telegraph, The Guardian, etc.). Tourists put strong emphasis on the charming quality of Wrocław: “It’s a city I knew little about before arriving, but it’s one I certainly won’t forget; Wrocław was astonishingly beautiful and far exceeded any expectations I could have had” (ashtonjade.co.uk).

As a city hosting numerous international events, it works its magic not only on tourists, but mostly on business professionals. Wrocław continually reaffirms its status of a city of meetings where science meets entertainment, history meets modernity, and a heritage of a thousand years combines many religions and cultures. Donna Scheeder, President of the International Federation of Library Associations and Institutions (IFLA), said it best: “Welcome to Wrocław! This is my third visit here and I feel a bit like this is a second home”.