Four Polish women have been nominated for the prestigious ‘Rise and Raise Others Award’ by United Nations Women. UN Women is a United Nations agency for gender equality and women's empowerment. The nominated Polish women are Iga Świątek, Dominika Kulczyk, Agata Kołodziejczyk, and Paula Fanderowska. In addition, Aneta Książek is the only Polish woman on the international jury. 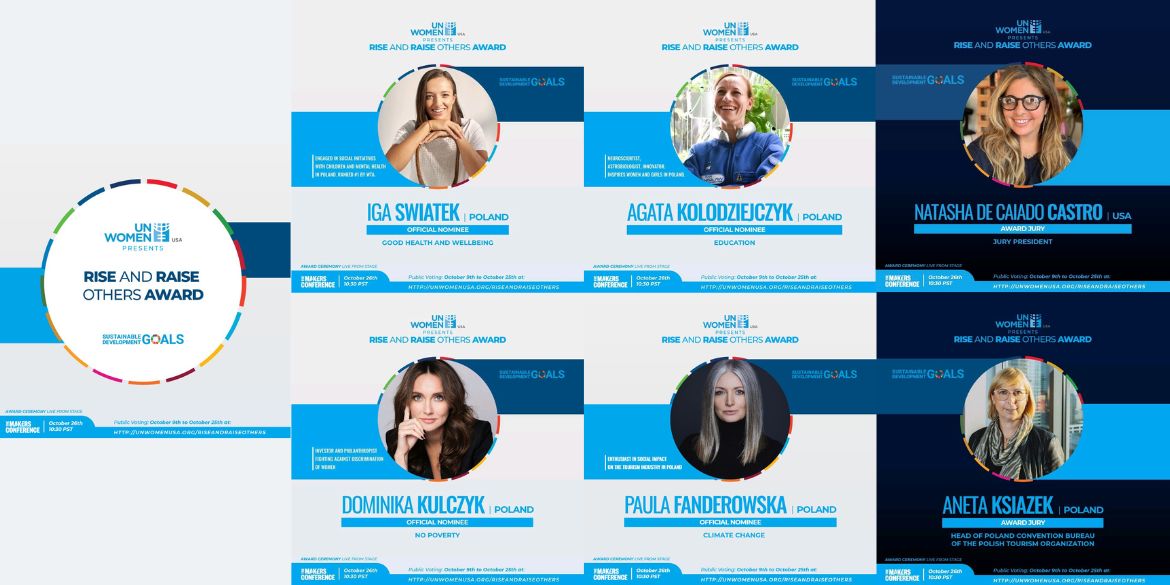 The ‘United Nations Women/USA Rise and Raise Others Award’ is an acknowledgement of achievements that women have made supporting and inspiring women and girls all over the world. The award, a token of appreciation and gratitude, is conferred to outstanding women for their commitment to and enthusiasm in empowering others towards the 17 United Nations Sustainable Development Goals.

Polish candidates for the award

‘It is an incredible honour to be among the 32 amazing women from around the world nominated by United Nations Women for the “Rise and Raise Others Award”, and among them there are three exceptional Polish women: Iga Świątek, Dominika Kulczyk, and Agata Kołodziejczyk. Sustainability in tourism is a process that concerns us all and will not happen without our involvement. This is a common “must”’ , says Paula Fanderowska, Vice-President of Kraków5020 and President of Polish Conference and Congress Association (SKKP). 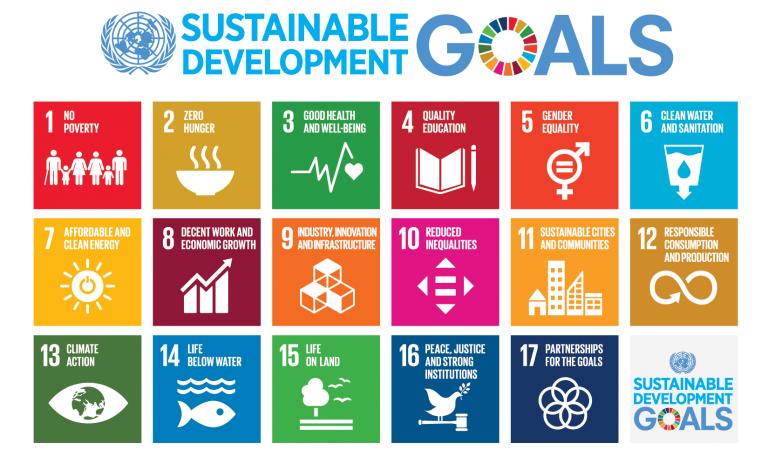 In addition to the four Polish nominees, there is another Polish accent in the competition. One of the representatives of the international jury is Aneta Książek – Chief Conference Expert at the Poland Convention Bureau of PTO.

"Representing Poland as part of the 40-strong international jury of the #UNWomen “Rise and Raise Others Awards” is a great honour for me and also an appreciation of our local efforts to raise awareness of ecology and sustainability. Tourist destinations that show concern in the areas mentioned are growing in popularity. Hotels, convention centres, airlines all over the world are taking steps to reduce CO2 emissions, reduce waste, and obtain independent certification. Sustainability is no longer just a fashionable slogan, so I am all the more pleased that more and more people – men and women – are committed to protecting our heritage, our present and our future. I am particularly pleased to see the nominations of our Compatriots who, through their activities in various fields – from the tennis court, to the congress halls, to the laboratory, and the foundation – support and implement the UN Sustainable Development Goals and are a great example for others. Finally, I would also like to mention that such a numerous and exceptional representation of Polish women in the competition is an excellent promotion of our country on the international market and the continuation of the activities of many women who, over the centuries, have developed their passions and dreams despite obstacles’",says Aneta Książek.

The award ceremony will take place at 26th October at the Waldorf Astoria Monarch Beach Resort in Dana Point, California, the USA.