The global ICCA Statistics Report 2017, published by the International Congress and Convention Association (ICCA) on 7 May, ranked Poland 18th (out of 110 countries) with 216 meetings. 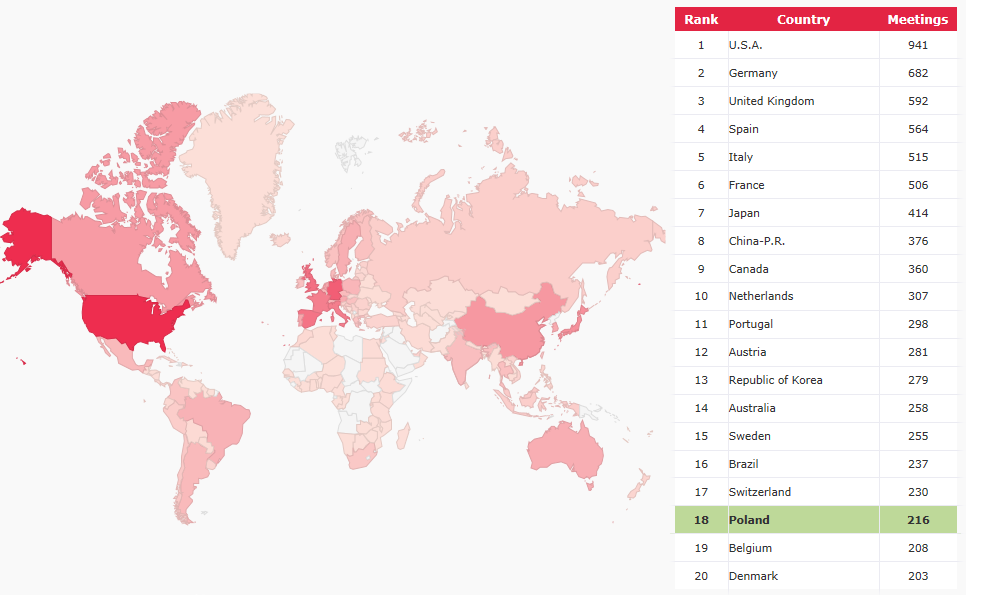 The International Congress and Convention Association was launched back in 1963 by a group of travel agencies intending to join tourism industry’s efforts with the expanding market of international meetings and to share relevant information. It is the only organisation to associate leading specialists in the field of international meetings support, meetings management and transport. The ICCA network has more than 1,000 members: service providers, companies and organisations from 90 countries. Headquartered in Amsterdam, ICCA also has three regional offices in Malaysia, Uruguay and the USA.

Polish Tourism Organisation (Polska Organizacja Turystyczna - POT) joined ICCA in 2002, when Poland Convention Bureau was established as part of its structure. The latter is responsible for, i.a. annual reports of events staged in Poland compiled for ICCA purposes.

ICCA prepares its ranking on the basis of collected data on association meetings that are held on a regular basis, have a proven attendance of at least 50 participants, and rotate between at least three countries.

USA once again claimed the top spot among countries, while Barcelona reigned supreme in the category of cities, with Paris slipping to second position.