Jury of the MP Power Awards® competition announced the full list of projects and candidates nominated for the MP Power 12 award. 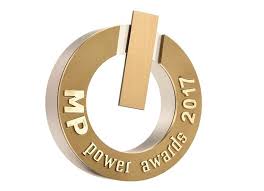 By recognising the very best projects and showcasing their outcome, the MP Power Awards are intended to promote the professionalism of the Polish event industry and build awareness of its valuable tools. In the long term, the competition is also aimed at boosting the standards of work and project implementation at all stages of their development and cooperation between involved entities. Finally, the organisers of MP Power Awards are determined to integrate the industry and build a platform of communication between the sectors co-creating it.

The year 2017 abounded in noteworthy and innovative projects both at home and abroad. Their list includes meetings and events conducted by organisers recommended by Polish Tourism Organisation (Polska Organizacja Turystyczna - POT).

The winners of MP Power 12 and MP Power Projekt will become known at a final gala held at the Służewiec Horse Racetrack (Tribune of Honour) in Warsaw on 23 March. This will also be the crowning event of Meetings Week Poland 2018.

The sixth edition of the MP Power Awards® competition is staged under the honorary patronage of Robert Andrzejczyk, President of Polish Tourism Organisation, the parent company of Poland Convention Bureau.

Congratulations to all the nominees!