The hotel industry is hoping to return to pre-pandemic normality. After the burdensome 2021, when several planned investments were successfully opened despite the odds, 2022 is turning out to be very promising. As long as the unpredictable pandemic situation allows, new international hotel brands will be opening their hotels in Poland. 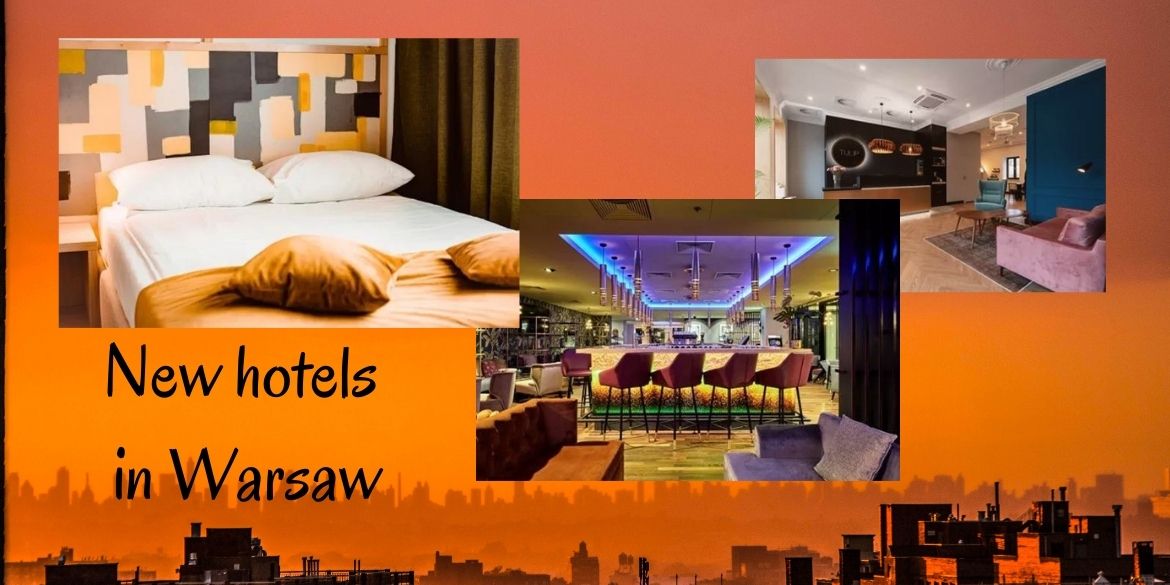 OPENED IN 2021
NYX Hotel (331 rooms) is located in the central part of the HB Revis complex, next to the Warsaw Central Station, adjacent to the 1017 feet tall Varso Tower which is the highest building in the EU. Built in a sleek, neo-modern style, it features interiors designed by the German architect Andreas Neudahm. The hotel belongs to the Israeli network Leonardo Hotel which already has another hotel in Warsaw, the Leonardo Royal, in ul. Grzybowska.
Arche Hotel Poloneza II (250 rooms) in Ursynów in ul. Poloneza. This is the second part of the hotel which forms together a 400-room complex with the Poloneza I opened in 2018. Half of the rooms are earmarked for guests who stay for an extended period longer than one month.
Tulip Residences (98 rooms), a 3-star aparthotel in ul. Targowa 5, near the National Stadium, under a new brand, the Louvre Hotels Group. It is a hybrid long-term accommodation concept that combines work and leisure space, including the needs of the business customer.

PLANNED OPENINGS IN 2022
FOCUS PREMIUM HOTEL (Mokotów). It boasts 234 rooms, 2 thousand square meters of conference space, a restaurant for 200 people, 12 floors, four stars. It is located in ul. Suwak 15, at the edge of the office park in Służewiec. Opening is taking place in spring. It will be the largest one of the 14 Focus Hotels, leased from the Woronicza Prestige property developer company.
ROYAL TULIP APARTMENTS (Bliska Wola). A 5-star aparthotel in the Unique Tower complex, built by Marvipol in ul. Grzybowska 49. The hotel offers 318 suites located on lower floors up to the 16th floor in the main tower of the complex. Designed by SUD Polska, with the interior prepared by the Tremend studio. The hotel will not bear a star rating. Opening mid-year.
AUTOGRAPH COLLECTION (Old Town). The first hotel in Poland under the 5-star brand by Marriott. Built in the combined space of the Branicki and Szaniawski Palaces in ul. Miodowa 6 in the vicinity of the Royal Castle. The opening of the hotel boasting 96 rooms, a spa, a swimming pool and close to 1 thousand square metres of conference space (including an added glass pavilion) is planned for the second half of the year. The investor is the developer company Budizol.
STAYBRIDGE SUITES (Ursynów). A 4-star aparthotel by the IHG brand debuting in Poland. The offer will include 192 one- and two-room suites. The construction was resumed in spring 2021 by a new investor, Ferryman Development. Opening is planned for Q4.
FLANER HOTEL WORLDHOTELS CRAFTED COLLECTION (Krakowskie Przedmieście 4/6). The hotel will offer 66 rooms at the former Harenda hotel. It was supposed to open last summer under the Sadie Best Western brand, but the pandemic brought the investment to a halt. It is eventually set to open in the spring, under another new network brand of the BWH Hotel Group, WORLDHOTELS Crafts Collection. The architect responsible is a local studio, Projekt Praga.

IN FURTHER PLANS 2022/2023
MOXY (Bliska Wola). Offering 263 rooms in ul. Towarowa. The construction is due to start next spring. The investor is a capital group run by Nusret Sancak which opened the Hampton by Hilton in Ochota last year and now also owns the Sangate Airport Hotel.
CAMPANILE – PREMIERE CLASSE (Okęcie). A hotel complex, with 352 rooms, belonging to the Louvre Hotels Group, which will be built on the site of the soon-to-be-demolished Sangate Airport Hotel (formerly Gromada Lotnisko). The demolition will occur in the middle of the next year and the construction of the new complex will take place at the end of the year. The investor is Nusret Sancak’s capital group.
OCCIDENTAL (Śródmieście). A 150-room 4-star hotel of the Spanish network Barcelo Hotel Group, which had announced plans to open it in 2019 with the launch date in 2021 at the Elektrownia Powiśle complex. The construction has begun this year at the corner of ul. Zajęcza and Wybrzeże Kościuszkowskie.
PURO HOTEL CANALETTA (Śródmieście). In the mid-year, the Puro network purchased the property from Strabag Real Estate with the final permission to build a 205-room hotel in ul. Canaletta, near pl. Teatralny and the Saxon Garden. Its construction is due to start at the beginning of the next year.
PURO MARIAŃSKA (Śródmieście). In October, the Puro network bought a plot in a tender from the city in ul. Mariańska between ul. Świętokrzyska and ul. Twarda in order to build a 200-room hotel. Four years ago, a plot was also purchased in ul. Waliców in Bliska Wola for a hotel offering about 350 rooms, but the network does not mention this investment at present.
BOUTIQUE PRASKI HOTEL (Praga Północna). Planned since 2016, a 5-star hotel with 99 rooms in a renovated 19th century building connected to a new building in Port Praski. Due to be run under one of the Marriott International brands, Tribute Portfolio. The construction work is under way.