On 5-7 November 2019 the whole global doping community will be looking at the International Congress Centre in Katowice. The World Anti-Doping Agency (WADA) selected the city to host the World Conference on Doping in Sport

The contract for organising the discussed conference in Poland was signed in Seoul on 15 November. On behalf of Poland, the document was signed by Witold Bańka, the Minister of Sports and Tourism, who participated in WADA’s Executive Committee Meeting in the capital of South Korea. 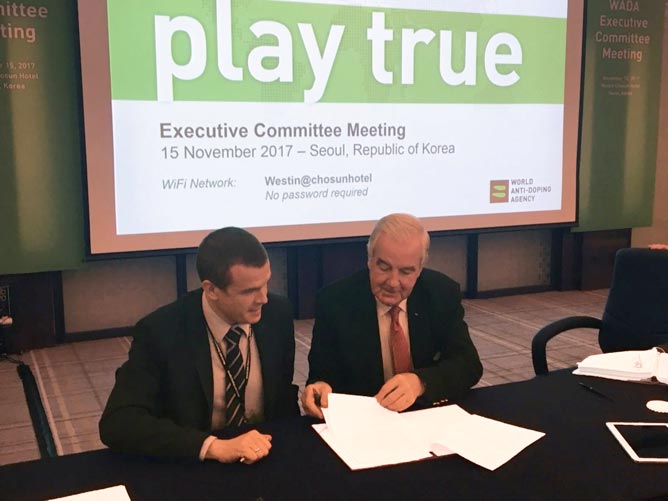 The decision about awarding the event to Katowice was made back in May. This will be fifth edition of the cyclic conference currently staged every six years. The list of previous host cities includes Lausanne, Copenhagen, Madrid and Johannesburg. Minister Bańka launched efforts aimed at bringing the conference to Poland.

"This is a remarkably important event both for Poland and the whole sports community worldwide. Key decisions determining the global directions of battle against doping will be made at the discussed conference”, emphasises Bańka.

The World Conference on Doping in Sport is staged by WADA, an independent foundation established by the International Olympic Committee in Lausanne in 1999. Its key goal is to coordinate activities against the use of illegal drugs in sports. In 2001 WADA’s headquarters were relocated to Montreal.

It is estimated that the 2019 event will be attended by approx. 2,000 representatives of all communities involved in the struggle against doping in sports. Plans for the Katowice-set event assume, i.a. the election of new WADA authorities and adopting amendments to the World Anti-Doping Code. In addition, WADA’s new international standard will be introduced in the field of education and information.

“We are glad to see Katowice decisively building its image of a city of major meetings and events. In October the capital of Upper Silesia co-hosted the 7th European Congress of Small and Medium-Size Enterprises and WOMEX - the World Music Expo. Next year will see the organisation of the 24th session of the Conference of the Parties (COP 24) to the United Nations Framework Convention on Climate Change. Its organisers expect that close to 18,000 delegates from all over the world will attend and that the event will generate benefits for the entire country”, says Aneta Książek, Chief Conference Expert, Poland Convention Bureau PTO.