On the 22-24 of May 2019 Warsaw will host the first IFA European Region Conference devoted to current challenges to income and VAT taxation in Europe.  It is expected to gather over 300 people from Europe and the whole world. 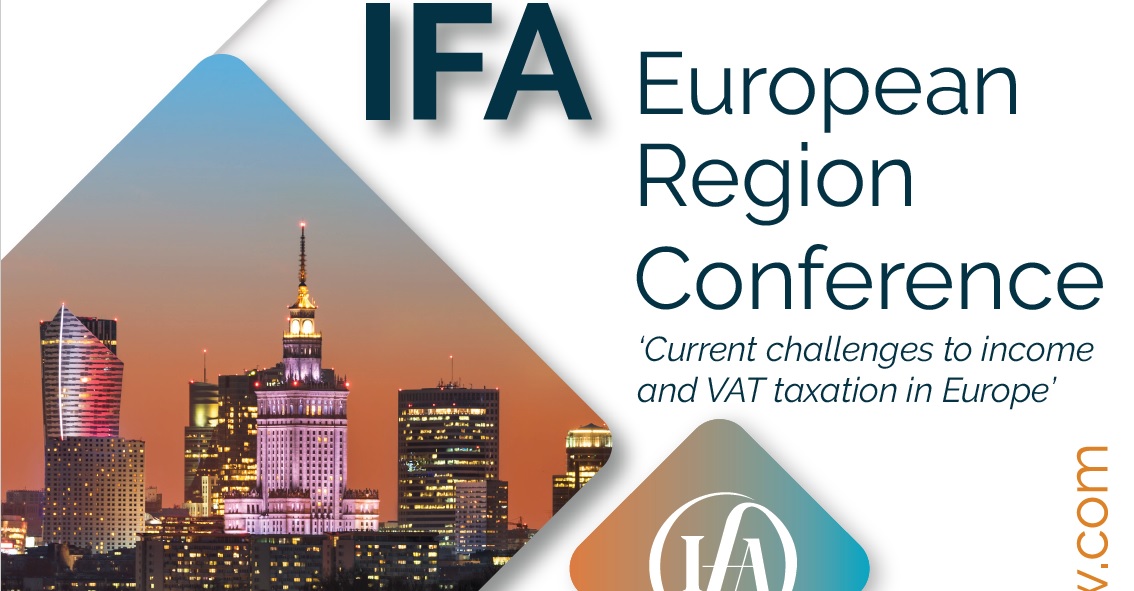 Today IFA has more than 12,500 members from 116 countries. IFA is divided into branches established by members in 70 countries. The organizer of the IFA European Region Conference in Warsaw is the Polish branch of IFA (IFA Poland) operating for 22 years with its headquarters in Warsaw.

The Warsaw conference devoted to changes and future trends in international taxation will be divided into plenary sessions and numerous seminars. Some of the topics are:

The Planning Committee consisting of 23 experts from 18 European countries guarantees the quality of the conference's scientific programme, which has given shape to the individual panels known from the world's IFA congresses. On the other hand, high level of discussion will be provided by prominent Polish and foreign experts representing the European Commission, OECD, IBFD, world of science and business.

"Poland is a country that urgently implements the anti-avoidance mechanisms recommended by the OECD and the EU as well as solutions aimed at taxing the fast-changing economy. These very far-reaching regulatory changes are a challenge not only for taxpayers, but also for law-makers, tax administrations, courts and politicians. The May conference in Warsaw will be an opportunity for direct contact with the most eminent authorities; it will provide a better insight into the essence of changes already implemented and look behind the scenes of those expected in the near future. At the same time, it will be the event inaugurating the creation of the European Region under the IFA ", says Dr. Wojciech Sztuba, President of the Board of IFA Poland. "We encourage not only members of our association to participate in the conference, but all those interested in international tax law," adds Dr. Sztuba.

The conference will take place at the InterContinental Warsaw Hotel. More information, detailed conference program and registration form are available on the website www.ifa2019warsaw.com.