The 61st ICCA Congress was organised in Poland for the first time. It was attended by more than 900 participants from 80 countries, with more than 100 speakers sharing their knowledge and experience with participants. The motto of the congress in Krakow was ‘Together We Can’ with themes devoted to three areas: DEI (diversity, equity and inclusion), sustainability and legacy. The ICCA demonstrated that it was the leading association in the meetings industry, uniting the entire community and forging its future.

After a three-year break due to the pandemic, ICCA (the International Congress and Convention Association) delegates were finally able to meet in person. The opening ceremony more than met the expectations of all those gathered in the Auditorium of the ICE Kraków Congress Centre. The congress was opened by Jacek Majchrowski (mayor of Krakow), Andrzej Gut-Mostowy (secretary of state at the Ministry of Sport and Tourism) and Grzegorz Biedroń (chairman of the Małopolska Tourist Organisation), along with ICCA president, James Rees.

"Hosting the congress is an excellent opportunity to present Poland's cultural heritage, Polish hospitality and the latest developments in business tourism to foreign ICCA delegates. The spectacular event is also an ideal opportunity to present Poland at its best, by presenting, among other things, congress facilities, hotel accommodation and tourist attractions. I also believe that it will contribute to the reconstruction and further development of Polish tourism,” said Andrzej Gut-Mostowy, secretary of state at the Ministry of Sport and Tourism.

The opening ceremony was led by Łukasz Cioch and the many delegates gathered watched a spectacular performance by the Art Color Ballet and the first speech was given by an expert who appeared on stage as a hologram, highlighting the interpenetration of the offline and online worlds.

Why the ICCA Congress is important for Poland

Krakow has been selected as the host city for the 61st  ICCA Congress in 2022. This is a major success, not only for the city of Krakow, but for the whole country. In 2022, the Poland Convention Bureau, operating within the structures of the Polish Tourism Organisation, is celebrating its 20th birthday and the 20th anniversary of its membership in the ICCA. The 61st ICCA Congress was a key moment for the professional community to come together to forge a better future for the meetings industry. After a long break, delegates were able to meet in person at the heart of Europe. 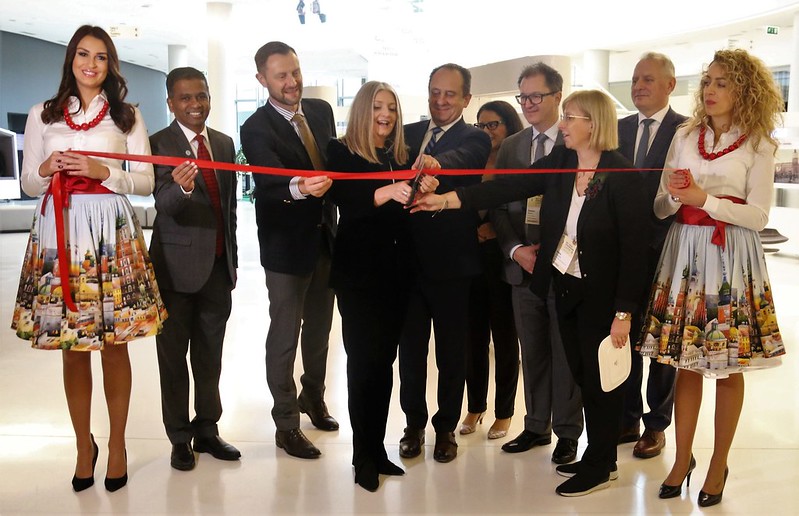 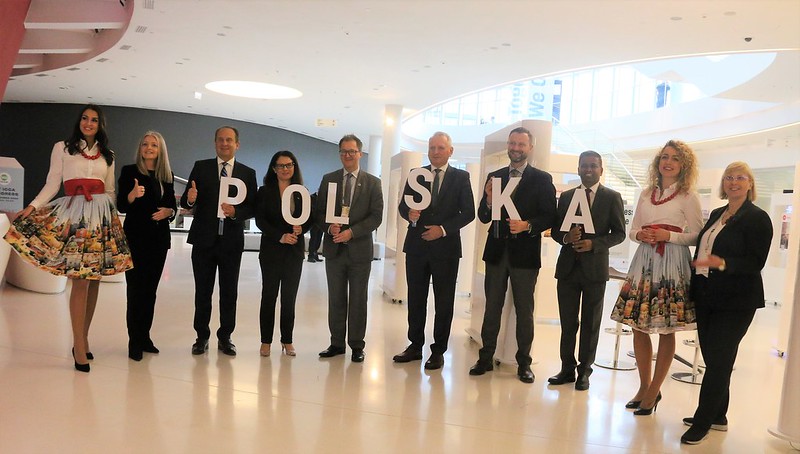 "Over the last two years of preparation for the congress, during the meetings of the local organisation committee, when it was sometimes an uphill struggle (not depending on us), we reminded ourselves that we were making history and that the world was watching us. We know our potential, our tangible and intangible assets, and now we have demonstrated this and made sure that the delegates not only admired Krakow, but above all left feeling fulfilled in educational and business terms. I also look forward to them becoming Poland's best ambassadors in the communities they represent," she added.

In turn, Małgorzata Przygórska-Skowron, head of the Krakow Convention Bureau and a member of the local organisation committee of the 61st ICCA Congress on behalf of the host city, proudly said: "This is an event that the world's biggest cities are fighting for. We are the first city in Poland to successfully host an ICCA Congress. This is a massive achievement. With the ICCA Congress, Krakow is entering the premier league of the meetings industry.”

Exactly, that was the plan! And how did the congress go?

The first day of the congress

The first meetings of the ICCA congress participants in Krakow were a time of many joyful moments, both at the ICE Kraków Congress Centre and at the Juliusz Słowacki Theatre.

The election of a new ICCA president was undoubtedly the event of the day. Everyone agreed that the skills and competencies of a new leader should combine two areas: new technologies and soft skills such as leadership, communication and empathy.

It therefore came as no surprise that the members elected Marta Gomes of Viparis, the operator of 12 conference venues in and around Paris, as the ICCA Association's new president. The selection was summarised by ICCA’s CEO Senthil Gopinath: "Marta is a great personality in the ICCA family, well-liked and appreciated by the ICCA community. Her positive attitude, enthusiasm and commitment to improving the way ICCA thinks and acts is an exciting prospects for us all. I've really enjoyed working with her on the board and now I'm looking forward to her serving as president." 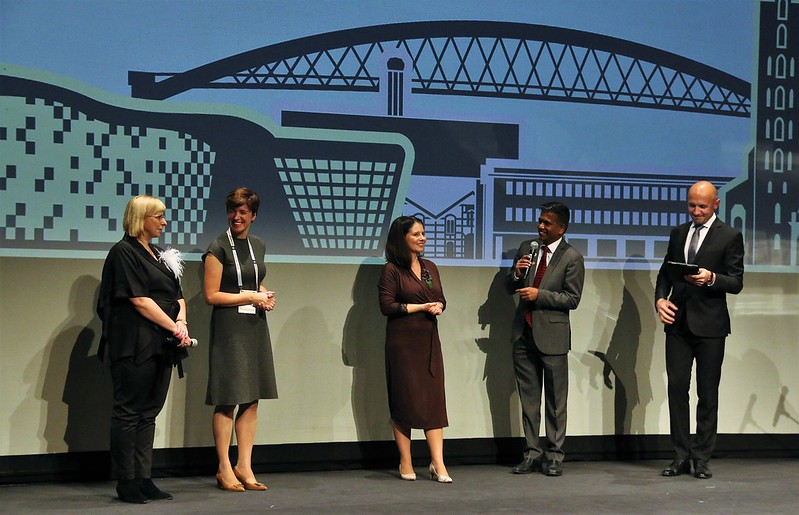 The new president was very emotional: "It's a really touching moment when everyone stood up and applauded. I am already losing my voice for saying 'thank you' to so many congratulatory messages. I will certainly remember the congress in Krakow for a long time, the moment of the election was a very emotional experience for me".

The second day of the congress

The second day began with a run along the Vistula River (ICCA Run) and ended with a gala dinner at the Stara Zajezdnia Kraków by de Silva in the Kazimierz district. Educational and workshop sessions were dedicated to Sustainability, a key issue in ICCA's work. During the discussions, good practices in the area of sustainability implemented in congress centres and destinations were shared. 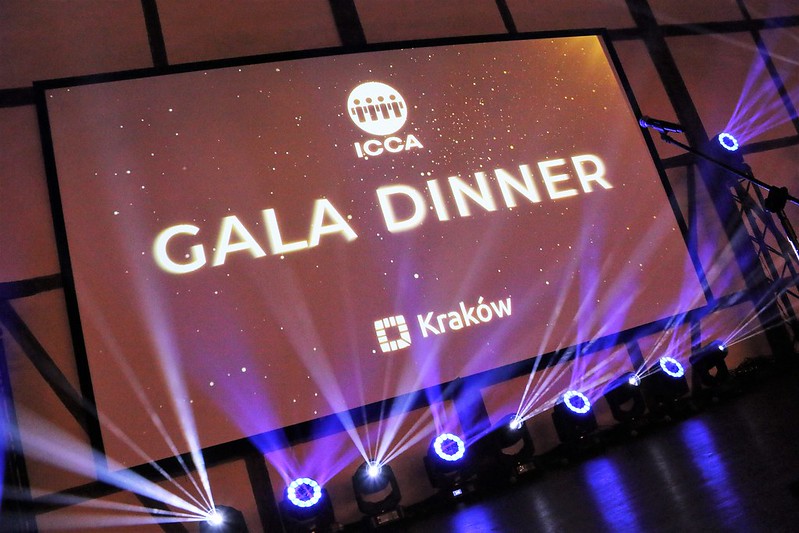 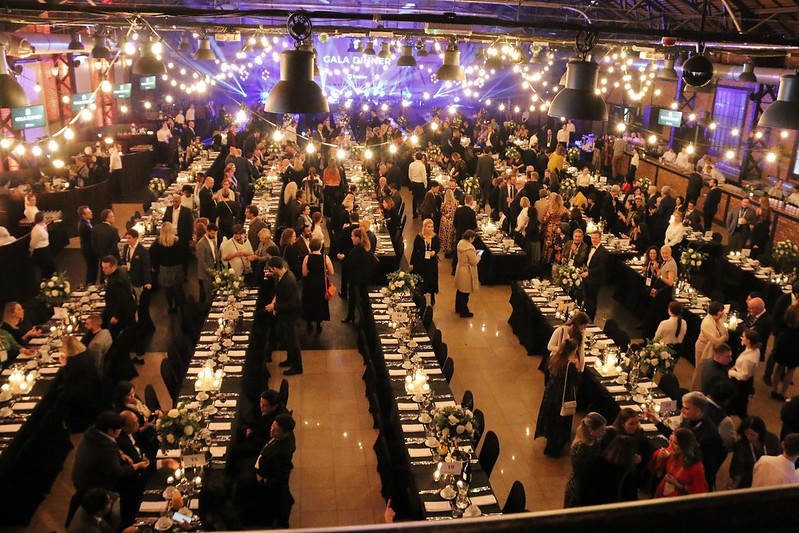 The third day of the congress

The third day of the ICCA congress started with a guided morning walk around Krakow and ended with a themed "Back To School" event with a team competition between ICCA chapters in the Tauron Arena. That day was mainly devoted to Legacy and its importance when meetings and events are organised in a specific destination. Legacy has to be an important element in the event procurement process.

Legacy can improve infrastructure, health and education, it can even result in the redevelopment of a city and a change in the lifestyle of its inhabitants. Legacy is a promise, a gift, a way to make a lasting difference. That day, the ICE Kraków Congress Centre was full of inspiring lectures and workshops led by experienced speakers.

The following session was one of the Polish highlights of the day: “The Polish Effect: hosting UEFA in 2012” led by Marcin Herra, former CEO of PL.2012. Poland and Ukraine hosted UEFA EURO 2012. In Poland, it was considered a great success – called the ''Polish effect''. This session included an inspiring case study of an ideal sporting event being used as a venue marketing tool.

The night ended with a magnificent event at the Tauron Arena, whose space was transformed into an atmospheric high school with a gymnasium, hot dog stalls, hamburgers and popcorn. In a series of team games, a winning team was selected, the ICCA Central European Chapter, which also includes the association's Polish members.

It is worth highlighting an additional accent from Poland that was prepared by the members of the local organisation committee, playing the role of cheerleaders on that occasion. Their threefold dance performance was applauded and the participants proved that they not only organise events professionally, but can also have fun while doing so.

Conclusion of the congress in Krakow

The last day in Krakow was a time for farewells, summaries and the presentation of awards (including the ICCA Best Marketing Award). Educational sessions were devoted to DEI issues  (Diversity, Equity, Inclusion). A song sung by the congress delegates together with children from Poland and Ukraine was a touching moment.

The end of the congress was a conclusion for some and an opening for others. The next ICCA congress will be hosted by Bangkok, whose representatives appeared in large numbers at this year's congress in Krakow. The symbolic transfer of the congress from Krakow to Bangkok fits perfectly with the 50th anniversary of the establishment of diplomatic relations between Poland and Thailand, which falls this year.

Summary of the 61st ICCA Congress in Krakow on ICCA`s Youtube.

Challenges of the Polish meetings industry

Poland has had to face a whole series of challenges over the past two years. Although the war going on across our border has raised many doubts about security and attendance, the organisers managed to convince a record number of delegates from all over the world to come to Krakow. Decisions to attend the event were often made at the last minute, with registration for the congress remaining open until the very start – a huge logistical challenge.

The Polish meetings industry has adapted to the new reality in no time. Polish destinations and conference venues, hotels, DMCs, PCOs, convention bureaux and subcontractors have adapted to the changes and successfully introduced solutions to organise events at the highest level, that are not only safe, but also responsible and technologically advanced.

The 61st  ICCA Congress in 2022 was the best evidence of this! Its legacy will benefit the entire Polish meetings industry.