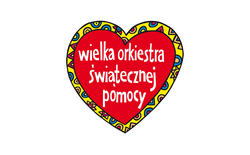 This time, the motto reads: RESCUE. The collected funds will be used to purchase specialist equipment for paediatric emergency medicine and appropriate medical care for seniors.

Each year, nearly 120,000 volunteers collect money, which is later settled in their headquarters. At sharp 8.00 PM, a happening under the title “A light to Heaven” takes place in all cities. At that very moment, Good Angels are sent to the sky across Poland – they are lights in the form of a lighted match, candles, torches and fireworks.

The artists performing on that day do not demand any remuneration. On this day, many artistic events or the ones related to the performance of the Finale are held at no cost.

For several years the Finale has succeeded in collecting more than PLN 50 million in Poland and in the posts abroad that operate e.g. in Afghanistan, Saudi Arabia, Bosnia and Herzegovina, Greece, France, the Netherlands, Canada, Great Britain, Ireland, Iceland, Austria, Egypt, Germany, Norway or USA, as well as at the North Pole (Polish Polar Station) and the South Pole (ARCTOWSKI Polish Antarctic Station).

Visit the official website of GOCC and learn how you can help.