More than 41,000 voices earned the capital of Dolny Śląsk (Lower Silesia) the first place in the international competition for the European Best Destination 2018. Polish Tourism Organisation and its centres abroad actively supported Wrocław in its rivalry against other European cities. 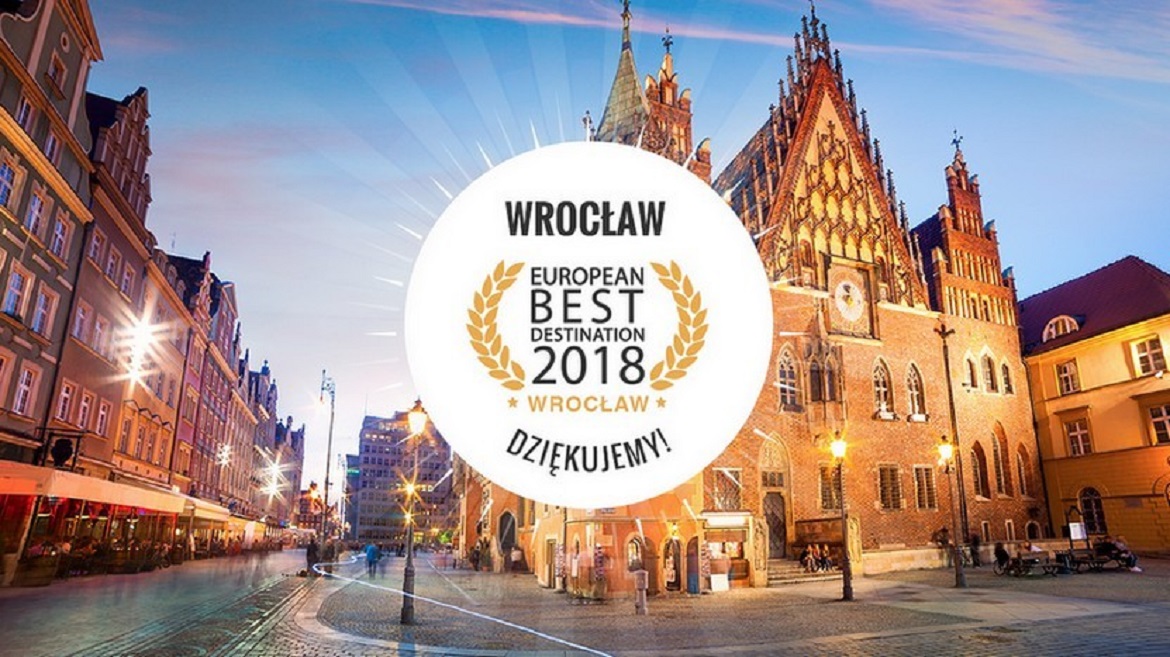 Voters from 146 countries gave Wrocław victory in an international competition for the prestigious European Best Destination 2018 title. In total the capital of Lower Silesia received more than 41,000 out of 320,000 votes. Wrocław came ahead of, i.a. Bilbao (Spain), Colmar (France), Hvar (Croatia), Riga (Latvia), as well as Milan, Amsterdam, Athens and Paris.

“Wrocław’s success in such a prestigious competition shows that the effective promotion of our tourist assets brings results. The title of the European Capital of Culture and events such as the World Games 2017 are responsible for increasing awareness of the capital of Lower Silesia and for boosting interest shown in the city and the entire region. I am glad that Polish Tourism Organisation could have contributed to this success”, emphasizes Robert Andrzejczyk, President of Polish Tourism Organisation (Polska Organizacja Turystyczna - POT).

The victory was not by all means an easy one. Wrocław was competing with the Spanish Bilbao until the very end with the two towns going head-to-head. The promotion of Wrocław also involved Polish Tourism Organisation and its centres abroad. The capital of Lower Silesia and its participation in the competition were covered by social media of POT and its offices abroad, as well as on relevant pages of the National Tourism Portal.

The triumph brought about an increased interest on the part of international media and, consequently, growing tourism figures. In the nomination’s justification European Best Destination describes Wrocław as the Venice of Poland boasting numerous canals and more than 120 bridges connecting magnificent islands.