Weiwei Stork is a new mascot of Poland, designed to promote our country on the Chinese market. The Polish Tourism Organisation and the Polish Institute in Beijing want to capitalise on the popularity of the mascot phenomenon in connection with the recent 2022 Winter Olympics. 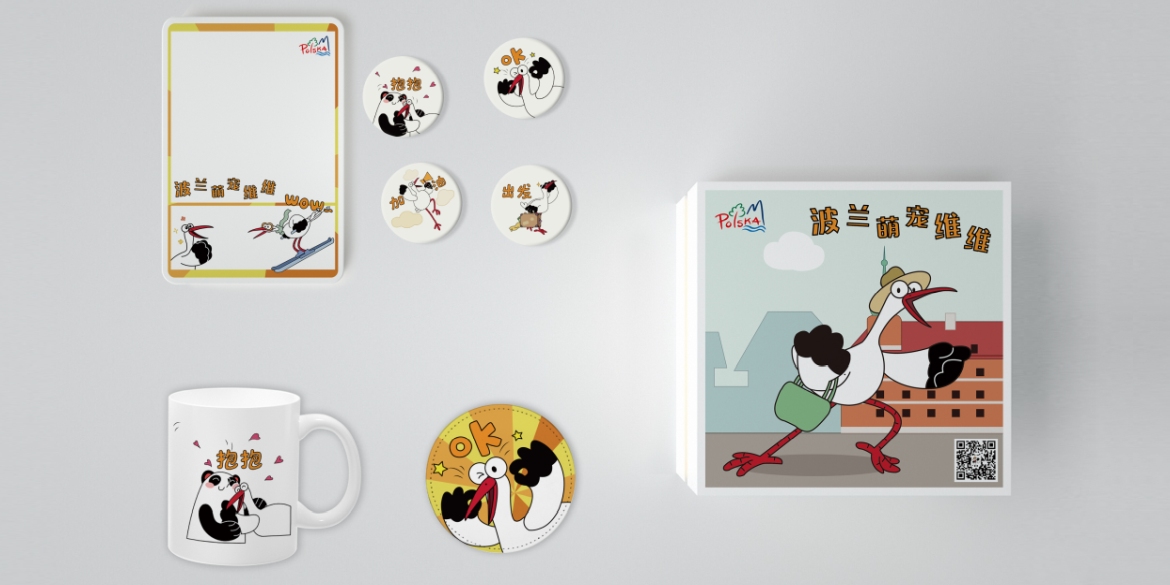 Every major sporting event has its own mascot, which goes on to become the symbol of an event. The popularity of such mascots in Asian countries is so high that not only the organisers of the XXIV Winter Olympics in Beijing, but also sports players have created their own mascots for the competition. Poland is not staying behind.

Created in cooperation with the International Centre of the Polish Tourism Organisation in Beijing and the Polish Institute in Beijing, Weiwei Stork is a new mascot promoting our country in China. Its name, Weiwei (维维), comes from the Chinese name of the Vistula River (维斯瓦河), while the concept of the stork was based on an illustration by Aga Pietrzykowska, used by the Polish Institute to promote 70 years of diplomatic relations between Poland and China in 2019.

In this way, POT wants to respond to the popularity of national mascots in China. The interest in Bing Dwen Dwen, the official mascot of the 2022 Winter Olympics, had exceeded the supply capacity of distributors. The toy suddenly became the object of desire for millions of children and adults alike.

The reimagined Weiwei Stork has been immortalised as 16 animated stickers in WeChat, China’s most popular instant messaging system. The intended goal is to generate familiarity with the Polish brand and to give it positive associations.

WeChat stickers are a popular form of animated emoticons used daily in chat conversations. This allows the Weiwei Stork stickers to easily reach a wide audience and attract more audiences to Poland. Mascots are often used in China in marketing and so the majority of most popular corporations have their own.