The turn of April inaugurates Austria’s high travel season. Many Austrians contacting the Vienna-based office of Polish Tourism Organisation for more information picked our country as their destination of choice. 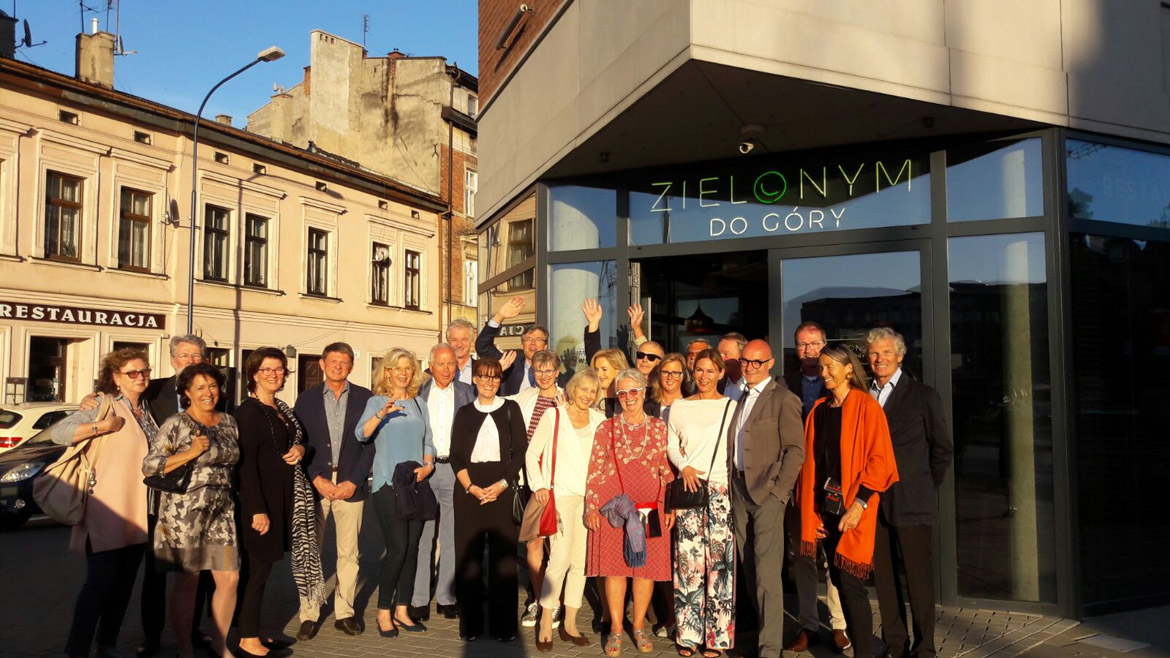 The International Office of Polish Tourism Organisation (Polska Organizacja Turystyczna - POT) in Vienna in cooperation with regional tourism organisations and local travel agencies coordinated group tours of Poland. Tourism industry up-and-comers honing professional skills in the HTL Hütteldorf hospitality school stayed in the region of Małopolska on 28 April-2 May. The guided group of 36 students explored the highlights of Kraków and hotel venues representative for the city whose impressive tourism figures make it stand out in Europe. The Kraków travel agency Simply Poland helped prepare the tour programme.

A similar number of more experienced industry members took part in a late April trip to Silesia. The stay was conceived as an opinion-forming reconnaissance and assessment of the available travel itineraries mapped out for the purposes of group packages aimed at the members of Austrian senior centers. The Vienna-based office organized the informative trip together with the Sabtours bureau from Linz and Travel Projekt from Warsaw.

Kraków was also visited by a group of 25 members of Salzburg’s Rotary Club Residenz headed by Michael Pallauf, Honorary Consul of the Republic of Poland in Salzburg. In the second week of May they were discovering the diverse tourism-related offer of the city. The stay’s programme was devised by Simply Poland in cooperation with the POT office in Vienna.

On the very same days two Austrian bloggers specializing in tourism took part in a press trip to Gdańsk. The stay was coordinated by the Pomorskie Regional Tourism Organisation working together with the POT office. The date was not accidental since the end of April saw Wizz Air budget airlines launching direct flights between the Austrian capital and Gdańsk. After all, the decision about choosing a destination is often inspired by an opportunity to travel quickly without straining your budget.

Finally, the POT office in Vienna also contacted the academic staff of University of Salzburg with a cooperation initiative. The discussed undertaking made it possible to introduce an intriguing version of the Slavic studies curriculum. On the basis of a set of promotional materials published by Polish Tourism Organisation, a group of seminar students under the guidance of a professor prepared the itinerary of a trip to Poland as part of their classes. Next, their theoretical plan was put into practice. Sixteen young scholars perfecting their knowledge about the Polish language, the cultural oeuvre of our country and its tourism-related assets visited three cities - Wrocław, Kraków and Gdańsk.