The title of a conference organised by the Ministry of Sport and Tourism with the cooperation of the Polish Tourism Organisation was: “The Vistula and its potential in the development of tourist brands”. Anna Księżnik from the Department of Tourist Products and Regional Cooperation gave a presentation about the POT Certificates product brand. 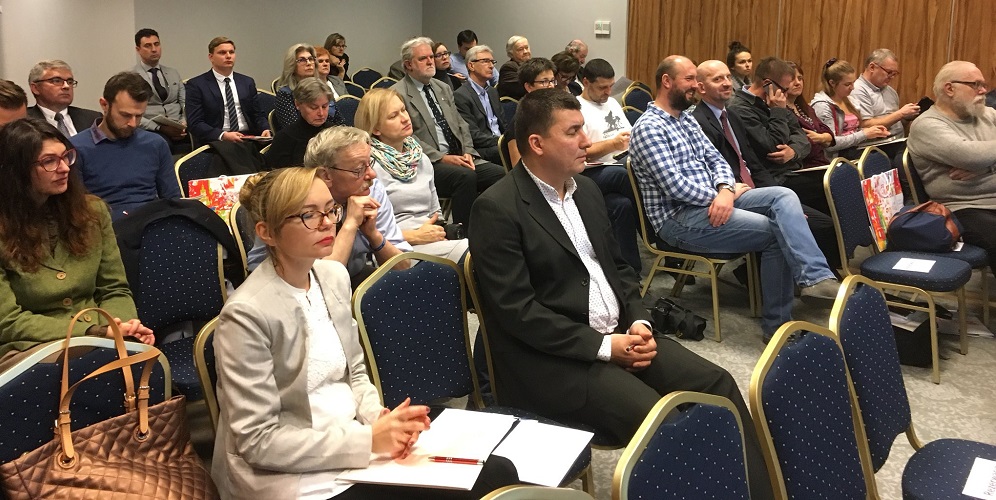 The conference, opened by Vice-Minister of Sport and Tourism Dariusz Rogowski and held at the seat of the Ministry of Sport and Tourism, was a summary of the Year of the Vistula 2017, announced by the Sejm of the Republic of Poland in June last year. Work conducted under a joint logo resulted in the introduction of a number of national and local projects: cultural, social, ecological, and focused on the creation of inland water infrastructure and navigation.

“The effective brand of the Vistula River consists of tourist products established along its course and their promotion”, stressed Jacek Janowski, Director of the Department of Tourist Products and Regional Cooperation at the Polish Tourism Organisation (Polska Organizacja Turystyczna – POT) and conference moderator. The meeting program was not, however, restricted to tourist undertakings associated with the largest Polish river. A division into three panels made it possible to examine a cross-section of water sports tourism in our country, i.a. via the prism of selected examples of tourism exploiting the potential of other rivers, both in Poland and abroad.

Marek Sołtysiak, head of the Department of Tourism at the Ministry of Sport and Tourism, described the Ministry’s educational activity intent on installing the principles of water safety and exemplified by the “Safe water” campaign, well received by tourists. Conducted for the past six years in collaboration with the Ministry of National Education and the Ministry of Internal Affairs and Administration, plus the support of the Polish Tourism Organisation, the General Police Headquarters, and the Water Sports Centre of PTTK (Polskie Towarzystwo Turystyczno-Krajoznawcze - Polish Tourist and Sightseeing Society), the campaign is addressed mainly to children, parents, and teachers. “Safe water” promotes the principles of safe behaviour by the water, in water, and on the water both during summer vacations and in those months when water freezes over.

The second conference panel presented the brand’s potential connected with the exploitation of the tourist attractiveness of the Vistula. Katarzyna Podhorecka of the Department of Tourism at the Ministry of Sport and Tourism focused on assorted aspects of the reception of tourist traffic along rivers and in adjoining terrains. Tourists appreciate natural and landscape merits, but their greatest flow is recorded in towns located on the banks of the Vistula. About 5 million tourists come to Warsaw and Kraków each year. Large numbers are also recorded in Toruń and Bydgoszcz. Overnight stay facilities in Kazimierz Dolny note more than 100,000 visitors. All told, about 12 million lodgings were provided last year in towns and localities along the Vistula.

Anna Księżnik from the Department of Tourist Products and Regional Cooperation at the Polish Tourism Organisation discussed the concept of the Best Tourist Product – Certificates of the Polish Tourism Organisation competition. Awarded for the past 15 years and including the Internet Users’ Certificate presented by tourists, the POT Certificates are increasingly significant in creating the image of the tourist product brand.

The conference organised by the Department of Tourism at the Ministry of Sport and Tourism was supplemented by interesting information about undertakings connected with the Year of the Vistula. After the conference, moderator Jacek Janowski of the Polish Tourism Organisation emphasised that the presence of numerous persons directly engaged in the realisation of the discussed projects means that the meeting also served an exchange of organisational experiences.