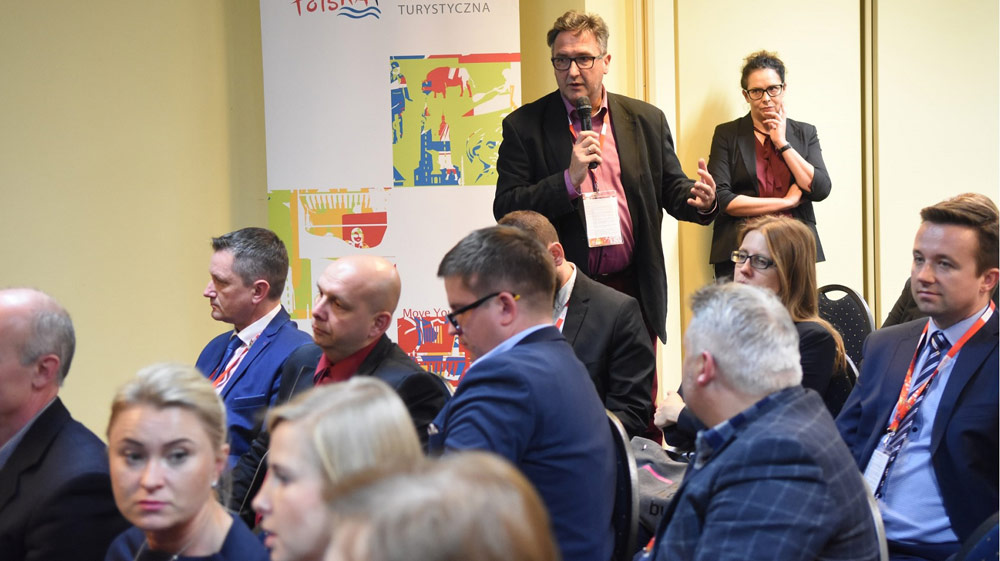 The heated, constructive and, at times, emotional discussion held during the plenary session, to which invitations were issued by Vice-Minister of Sport and Tourism Dariusz Rogowski and President of the Polish Tourism Organisation (Polska Organizacja Turystyczna - POT) Robert Andrzejczyk, was continued in the course of training sessions intended for local tourist organisations and conducted by Prof. Jacek Borzyszkowski. The discussion produced a shared stand, namely, that the Act on POT, the promotion system, and the management of national tourism call for improvement and the introduction of institutional corrections. The determination of just how far the changes should go remains the fundamental issue.

For almost 18 years the system did not always progress in accordance with the intentions of the legislator, economic pragmatics, and the expectations of the tourism industry. The prime criticised phenomenon is the absence of precise rules concerning the principles of financing and the division of competence between local and regional organisations as well as self-government institutions. Divergences in the proposed solutions continue to exist despite the fact that all sides engaged in the development of Polish tourism notice the necessity of redesigning the system. A majority of the members of local tourist organisations are distant from enclosing themselves within a routine and accentuate their openness towards changes and recognition of the necessity of adapting activity to demands made by the market.

The authors of the amendment face the difficult task of finding compromise solutions. An alternative resolution involves preparing an entirely new project based on well-tested answers applied in other countries. One such way out is the well-functioning system implemented by the national tourist organisation of Croatia. Tomasz Koralewski, Chairman of the Łódź Tourist Organisation (Łódzka Organizacja Turystyczna), proposed to base the Polish system on Croatian solutions, a suggestion that won the initial approval of the Forum participants.

All conclusions drawn from the two day-long discussion will be shortly compiled by Prof. Jacek Borzyszkowski and presented for assessment to the Ministry of Sport and Tourism so that they could supplement the course of legislative work. A suitable document is also being prepared by the All-Poland Alliance of Local Tourist Organisations (Ogólnopolskie Porozumienie Lokalnych Organizacji Turystycznych), declared Chairman Jarosław Lichacy.