A successive out-of-town session of the Social Tourism Council of the Ministry of Sport and Tourism took place on 15-16 December in the Compressor Chamber of the “Guido” Coal Mine in Zabrze. The meeting was attended by President of the Polish Tourism Organisation Robert Andrzejczyk. 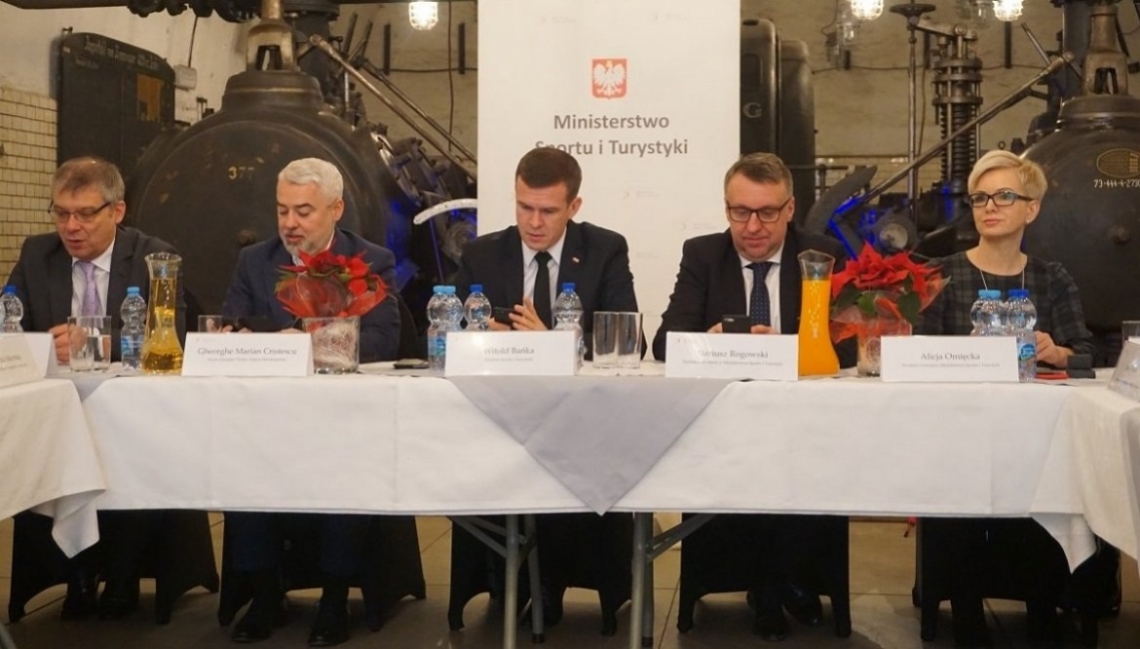 The session, the last such event this year, was held in the Compressor Chamber of the “Guido” Coal Mine in Zabrze, located 320 meters below ground level. It was opened by Minister of Sport and Tourism Witold Bańka and President of the Social Tourism Council Gheorghe Marian Cristescu.

The participants discussed, i.a. the regulations of an act on tourist events and associated tourism-related services, and summed up events within the field of tourism in 2017, with particular attention paid to the “Poland See More – Weekend at Half Price” campaign.

“This year was extremely successful for Polish tourism and the Polish Tourism Organisation [Polska Organizacja Turystyczna – POT]. Data published up to now show that we noted an increased influx of tourists to Poland and - just as importantly – a growing use of accommodation facilities. We are perceived as a safe country that is increasingly attractive from the viewpoint of tourism. This approach is testified if only by the record-breaking number of arrivals from China or the fact that Warsaw is regarded as the most appealing destination for travellers from Israel”, declares the President of POT. “Once again, the ‘Poland See More – Weekend at Half Price’ campaign organised by POT and the Ministry of Sport and Tourism proved to be a great success, with about 110,000 tourists benefiting from the most recent edition. We impatiently await the spring edition, which next year will be held on the weekend of 9-11 March”, added Andrzejczyk.

The session also included a presentation of next year’s plans of the Ministry of Sport and Tourism and the Polish Tourism Organisation as well as comprehensive promotional activities conducted by the Silesian Tourist Organisation, which could serve as a collection of good practices concerning tourism marketing.

The session of the Social Tourism Council was accompanied by a seminar on “The diversity of industrial heritage as a challenge and a  tourist product”, opened jointly by Under Secretary of State in the Ministry of Sport and Tourism Dariusz Rogowski and Małgorzata Mańka-Szulik, the President of Zabrze. The conference discussed the use of industrial heritage in creating brand products and tourist trails intended for industrial tourism. President Andrzejczyk spoke about the “Financial support provided by European Union funds offered by the Polish Tourism Organisation for the realization of post-industrial projects”.