The gold of Gdańsk. Following the ‘golden thread’. A journey to the capital of Pomorze” is the title of a promotional event staged by Polish Tourism Organisation in cooperation with the Rome-based Polish Institute on 13 June. 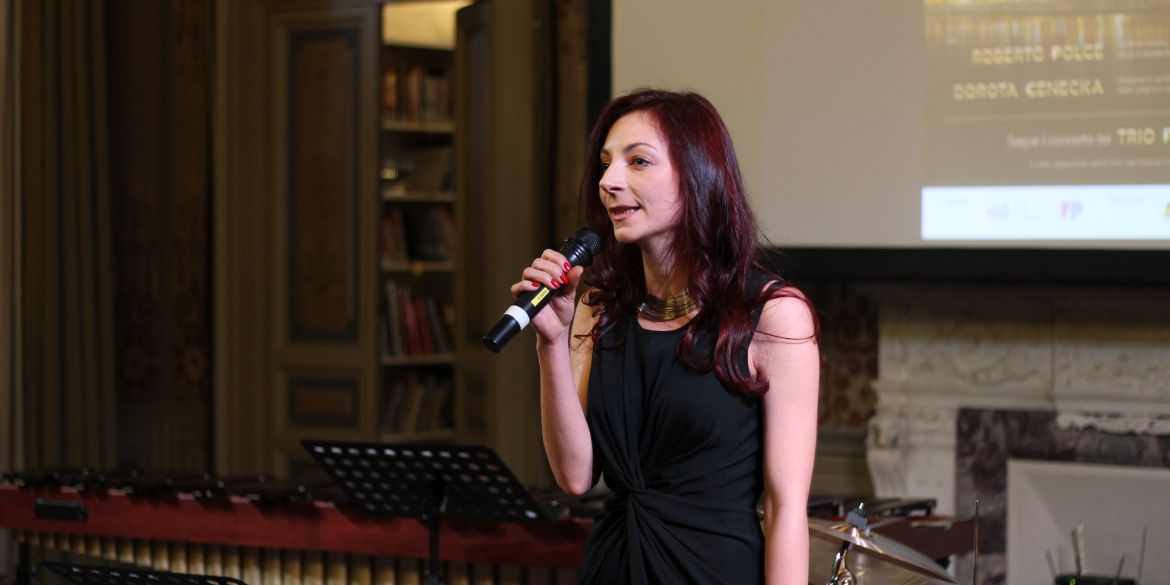 The event was staged as part of the seventeenth edition of the Corso Polonia Polish Culture Festival, which this year was dedicated to the city of Gdańsk, evoking the thirtieth anniversary of the democratic transformation in Poland and the eightieth anniversary of the outbreak of World War II. Barbara Minczewa, Deputy Director of the Polish Tourism Organisation International Office in Rome, explains that “the underlying concept of the event was to showcase Gdańsk’s tourist attractiveness using a ‘golden’-themed key referring to distinct local products, such as amber, Goldwasser root and herbal liqueur or regional beers. The gold colour acts as a thread connecting the narration, but also a metaphor of rebirth, historical splendor and richness of the capital of Pomorze”.

The event was organized with the assistance of the Gdańsk City Office and Gdańsk Tourism Organisation, which provided Goldwassers and Jopenbier for tasting sessions. Michał Brandt of the Department of Promotion and Marketing of the Gdańsk Tourism Organisation inaugurated the event by introducing the attending journalists to highlights and latest additions to the offer of Gdańsk, while journalist, writer, tourist guide and author of Italian-language guides to Poland Roberto Polce presented a lively and enthralling lecture applying the motif of gold as a pretext to tell a story about the city and its greatest treasures.

The presentation was made even more magnificent thanks to a show by Dorota Cenecka, an appreciated artist predominantly involved in amber processing and manufacturing jewelry, who thanks to her mobile workshop familiarized the spectators with the secrets of her craft. There was also time for entertainment - the meeting wrapped up with a concert by TRIO PER KA, a trio of Gdańsk drummers, and a tasting session of regional delicacies, including the above-mentioned regional beverages and dishes representing the cuisine of Pomorze.

The event in question was inspired by the growing number of inquiries and the interest shown in Gdańsk not only by Italian tourists, but also the press. This trend confirms the Italian tendency to keep exploring new cities and regions in Poland, which is particularly true for tourists returning to the country.