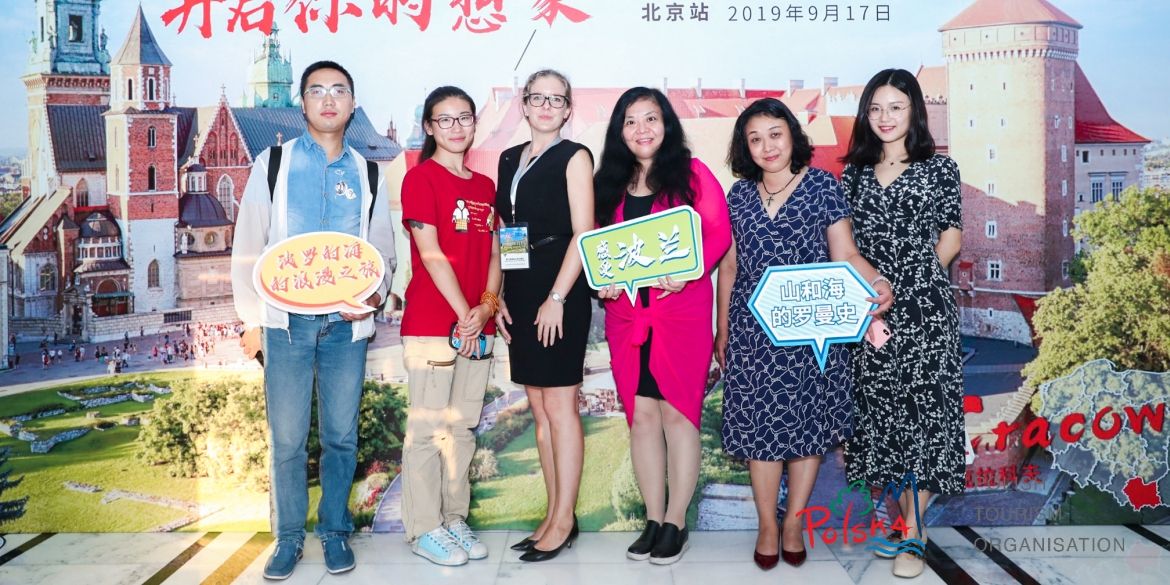 The first of a series of industry meetings boasted impressive turnout as it featured as many as 14 companies from Poland (including tour operators, hotel chains, regional tourist organisations) and more than 80 representatives of Chinese tourism sector and media.

Courtesy of Ambassador Wojciech Zajączkowski, the workshop was staged in the Embassy of the Republic of Poland in Beijing, significantly boosting the event’s rank as viewed by its Chinese target audience. In addition, Polish Airlines LOT was the partner of this year’s Road Show.

The event was kicked off by a three-hour training session introducing Polish delegates to the profile of China’s outbound tourism market. Next, a series of presentations was intended to acquaint Chinese tour operators with the Polish tourist offer. Polish Tourism Organisation’s International Office in Beijing showcased the potential of Poland from the viewpoint of tailor-made trips, Embassy’s Head of Consular Section Jakub Wysocki explained visa formalities and discussed related planned facilitations, LOT representatives focused on new flights directly connecting Warsaw with Beijing 365 days a year, while Małopolska Tourist Organisation spotlighted the top highlights of its region.

Finally, prizes were drawn for workshop participants. The list of main awards included a Beijing-Warsaw-Beijing flight ticket funded by Polish Airlines LOT and a three-day stay for two in the Warsaw Westin hotel funded by the venue. The next stop of the Chinese Road Show is now being staged in Shanghai.