The 4th Tourist Blogger Championship is now behind us. The winners were the representatives of the Dolnośląskie Voivodeship – Hasające Zające. Voyagerka from Łódź came in second, and the podium also featured My na szlaku, supported by the Regional Tourism Organisation of the Świętokrzyskie Voivodeship. 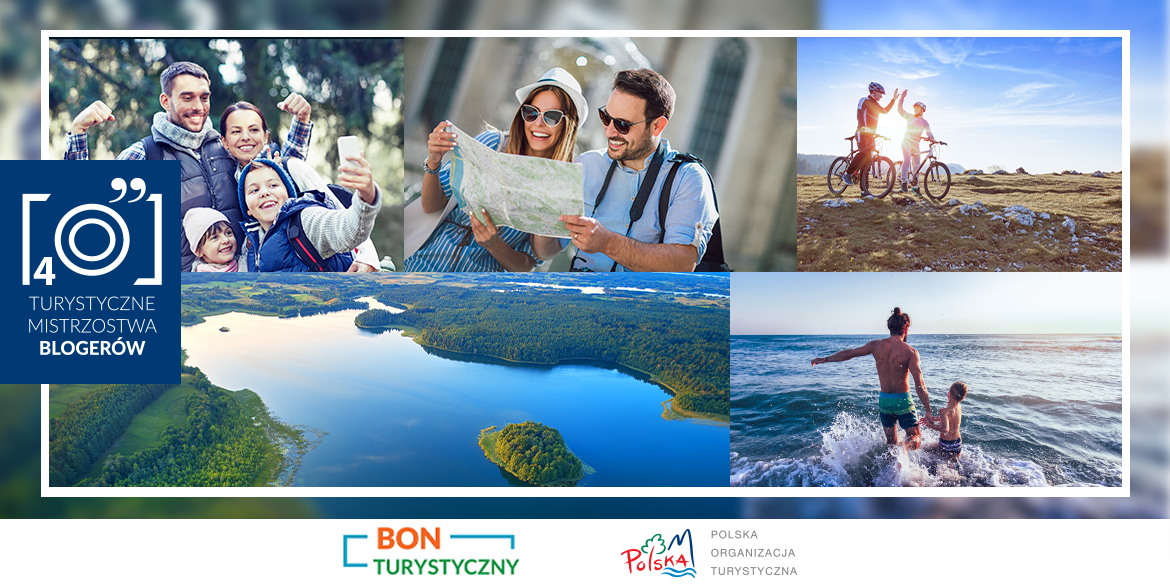 The fourth edition of the Tourist Blogger Championship organised by the Polish Tourism Organisation, inaugurated at the end of September 2021, has come to an end. After more than two months of competition, we learned the names of the winners whose work was most appreciated by the jury.

The goal of the Tourist Blogger Championship was to create promotional materials to inspire individual tourists who organise their own stay in Poland and those who use social media and draw travel inspiration from the Internet. An additional important element of it was also the promotion of the Polish Tourist Voucher. The championship was based on a competition between bloggers and regional tourism organisations supporting them.

Nearly 60 bloggers from all over Poland took part. In the first stage, the jury selected the top sixteen contestants, who became ambassadors for each region. Then, the bloggers worked with regional tourism organisations to create scripts for publications and began their trips to the most attractive places in our country.

The winners were the authors of hasajacezajace.com, i.e. Justyna and Krystian Zając, representing the Dolnośląskie Voivodeship. The podium also includes the ambassador of the Łódzkie Voivodeship, Małgorzata Girek-Bąk (voyagerka.com) and representatives of the Świętokrzyskie Voivodeship, Angelika and Mateusz Grzegorzek, who write the blog mynaszlaku.pl.

“The high number of entries for the 4th Tourist Blogger Championship shows that this competition has already been regularly included in the calendar of Polish travellers, who are happy to share their experiences with their fans. The posts by the final sixteen are ready ideas and scripts for shorter or longer trips in each of the sixteen Polish voivodeships. Congratulations and appreciation are due to all participants, and especially to the winners – authors of materials that stand out with creativity, their unorthodox approach to the subject and a strong support on the part of their readers”, said Rafał Szlachta, President of the Polish Tourism Organisation.

In addition, the jury decided to reward three blogs for their creative promotion of the Polish Tourist Voucher: Raczej trampki, Hasające Zające and Nasze szlaki.