The Polish Tourism Organisation successfully organised two workshop events aimed at the Norwegian and Swedish tourism industry. The ‘(Re)Discover Central Europe’ workshop was part of a project to promote tourism of the V4 countries. 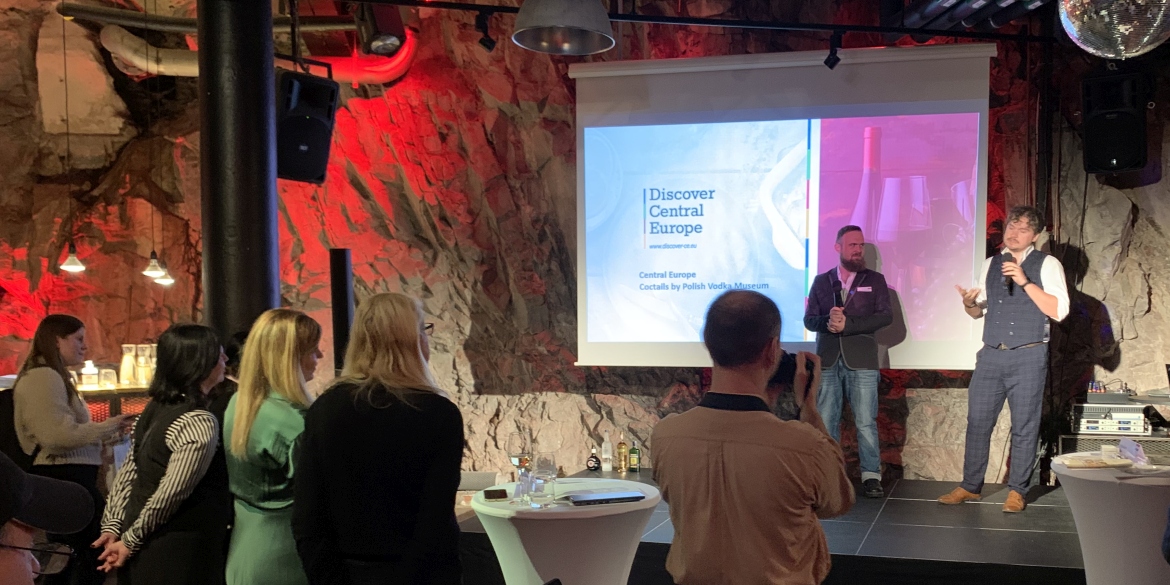 The cooperation of the Visegrád Group on tourism promotion is known especially in faraway destinations under the slogan ‘Discover Central Europe’. However, a similar project was already implemented in the Nordic countries between 2010 and 2016 under the name ‘Heart of Europe’, which symbolised not only the location of the Czech Republic, Slovakia, Poland, and Hungary in the centre of the continent, but also the warmth and hospitality of the people here.

This year, the workshop’s main theme were culinary tourism attractions that are somewhat less familiar to Nordics, especially the national liquors. Does everyone drink Tokaj in Hungary? Where are the most important culinary routes in Poland? What makes Czech beer so special? What are must-try culinary delights when visiting Slovakia? Answers to such questions were sought by participants at meetings in Norway and Sweden. Oslo presented, among others, local beers from the region, and the Museum of Polish Vodka accepted the invitation to Stockholm, presenting, in addition to the national Polish spirits, selected brands from other destinations, namely Becherovka, Unicum, and Medovina.

Both events were attended by representatives of the tourism industry from both countries, by Eurowings, which is entering Nordic airports, by and our national carrier PLL LOT. Representatives of tourism organisations from all organising countries were also present. Poland was represented, among others, by incoming tour operators: Furnel Travel International and Jan-Pol Incoming Tour Operator, regional and local tourism organisations from Małopolska, Warsaw, and Poznań, as well as the Marriott International hotel chain.

The agenda for each of the meetings included a one-and-a-half-hour workshop with business talks at tables. The guests were then welcomed by the Slovak Ambassadors of each country (Slovakia currently holds the V4 Presidency) assuring them of the stable situation prevailing in the region, regardless of the hostilities in Ukraine. Meanwhile, representatives of national tourism organisations introduced the attractions of the culinary routes. Tasting of selected regional drinks was an attraction of each workshop.

In both Oslo and Stockholm, the dishes served at a buffet included elements of regional cuisines, and the wines served came from the V4 countries. Both events ended with a raffle where participants could win a weekend stay in each of the Central European countries, and in the case of the Czech Republic and Poland, these were Hotel & Flight packages.