For the sixth time, the Polish Run competition organised in Brussels by the East Poland House and the Polish Embassy in the Kingdom of Belgium in cooperation with the Polish Tourism Organisation was a success. The run and its accompanying events are an excellent opportunity to promote Poland, especially the regions of eastern Poland. 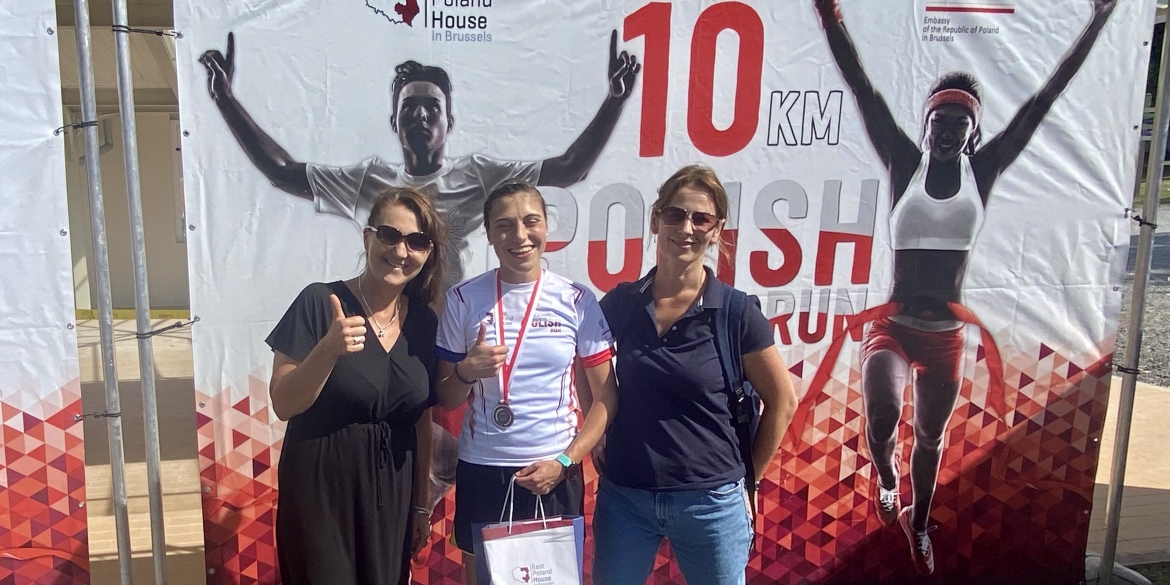 This year's Polish Run edition was held for the second time as part of the Trail Meyboom Brussels. This event brought together as many as a thousand competitors from different countries at the Watermael Boitsfort-Hippodrome to tackle their chosen distance of 10, 21, 42 or 65 km. This year's competition edition offered excellent running routes allowing participants to explore the European capital's surrounding countryside. While respecting nature, the event also raised awareness of the impact each runner has on the environment.

The aim of the Polish part of the event was to promote Poland, and especially the regions of eastern Poland. The shared tent of the East Poland House and the Polish Tourism Organisation with promotional materials was very popular. This interest was further increased after the end of the run, when commemorative medals were awarded at the promotional stand and delicious Polish apples and fresh doughnuts sponsored by the Polish Tourism Organisation were distributed. It was an ideal opportunity to promote Poland as an interesting and safe destination, as well as to present active tourism products, including the Cycling Trail Green Velo.

As every year, an important part of the Polish Run competition was to activate sport lovers, amateur and professional runners, to promote a healthy and sporty lifestyles, and to integrate the Polish community in Belgium and its neighbouring countries. In addition to the Polish community, runners from all over Belgium representing different nationalities and the international community of EU institutions were keen to take part in the Polish Run. This year, teams representing the Marshal's Offices of Kielce, Olsztyn and Białystok also took part. Everyone participated with great enthusiasm and joy in the run which has now become a tradition in the Belgian capital.

Due to the ongoing war in Ukraine, the organisers of the Polish Run decided to show solidarity and support for those in need. The Help Centre Belgium, a Belgian-Polish charity that has been supporting Ukraine since the beginning of the conflict, was invited to participate in the event. On the day of the competition, volunteers appeared in a red tent with a ‘virtual piggy bank’ where people could donate or pay by card for the humanitarian aid they provided. As a result, a sum of €637.60 was raised, which was used to purchase materials to stop bleeding.

The winners in both categories of the Polish Run received beautiful prizes: high-quality sports watches sponsored by the East Poland House, a weekend in the Grand Hotel in Kielce, funded by  Świętokrzyskie, was awarded to the fastest man, while an elegant ceramic ware from Bolesławiec, sponsored by the Polish Tourism Organisation, was awarded to the fastest woman at the finish line. The Polish Ambassador to Belgium and Director of ZOPOT, Dominika Szulc were accompanied at the award ceremony by Włodzimierz Lubański, a famous football player who has lived in Belgium for years.