Active and rural tourism are the two main areas promoted by Polish Tourism Organisation during its online campaign conducted in the U.K. market. 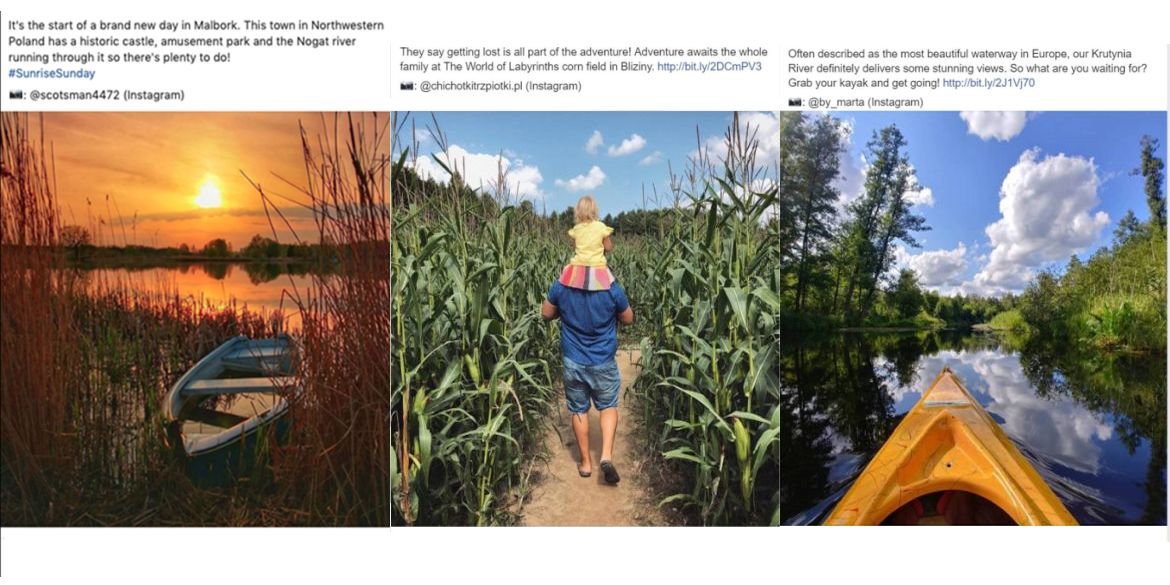 Polish Tourism Organisation (Polska Organizacja Turystyczna - POT) conducted a four-week-long online campaign in May aimed at the U.K. market and dedicated to the promotion of active and rural tourism in Poland. The main goal of the operations was to promote regions that might be lesser known but nevertheless offer a wide range of products sought by U.K. travellers when planning holidays.

Facebook social media and networking service was picked for the purposes of the campaign along with three target audience segments: “people looking for a way to escape city turmoil”, “young explorers” and “families”. A different visual and text message was developed at each of them.

The overall reach of the campaign amounted to 1,773,360, generating simultaneously 3,569,682 views and a first-rate engagement level of 126,120. All of these results resulted in increased traffic recorded by social media channels of the Polish Tourism Organisation International Office in London and an increased interest shown by U.K. media, including highly influential ones such as The Guardian, in the region of Masuria.