The Polish Tourism Organisation International Office (ZOPOT) in Berlin has won its sixth award in a prestigious competition for tourist board of the year. ZOPOT came in sixth place, winning recognition for its work with the media. 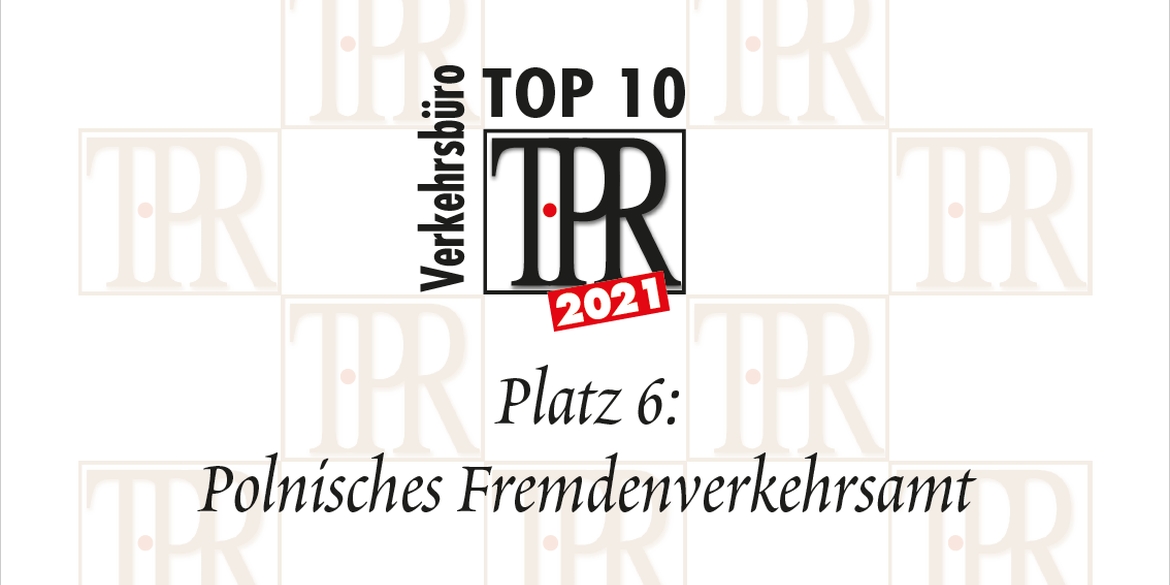 The POT International Office in Berlin found itself in an exclusive group of the 10 best offices of national tourism organisations, receiving a certificate for its relations with the media. The certificate is awarded every year by the highly regarded SRT journalism office, which specialises in tourism, for quality media services and collaboration with journalists. This success is the result of the POT Berlin office’s hard work on building and maintaining good relations with editorial offices and journalists.

In Germany, the SRT awards are seen as the Oscars of the tourism sector and serve as the best recommendation of the award-winning centres and countries. The awards are granted annually by the respected German journalism office, which appoints a jury comprising tourism reporters from all over Germany. They evaluate both foreign and local tourist boards in four categories: knowledge of the country they represent, answering questions from the media, quality of press releases, and organising press conferences and study visits. Last year ZOPOT Berlin came seventh in the competition.

The SRT award is a strong endorsement of the winning tourist boards and the countries they represent.