The “2017 - the Year of Tourism” conference held by the Ministry of Sport and Tourism in Warsaw on 19 December was dedicated to summaries and plans for the next year. A meeting with representatives of the tourism industry and the media was attended by, i.a. Vice-Minister of Sport and Tourism Dariusz Rogowski and President of the Polish Tourist Organisation Robert Andrzejczyk. 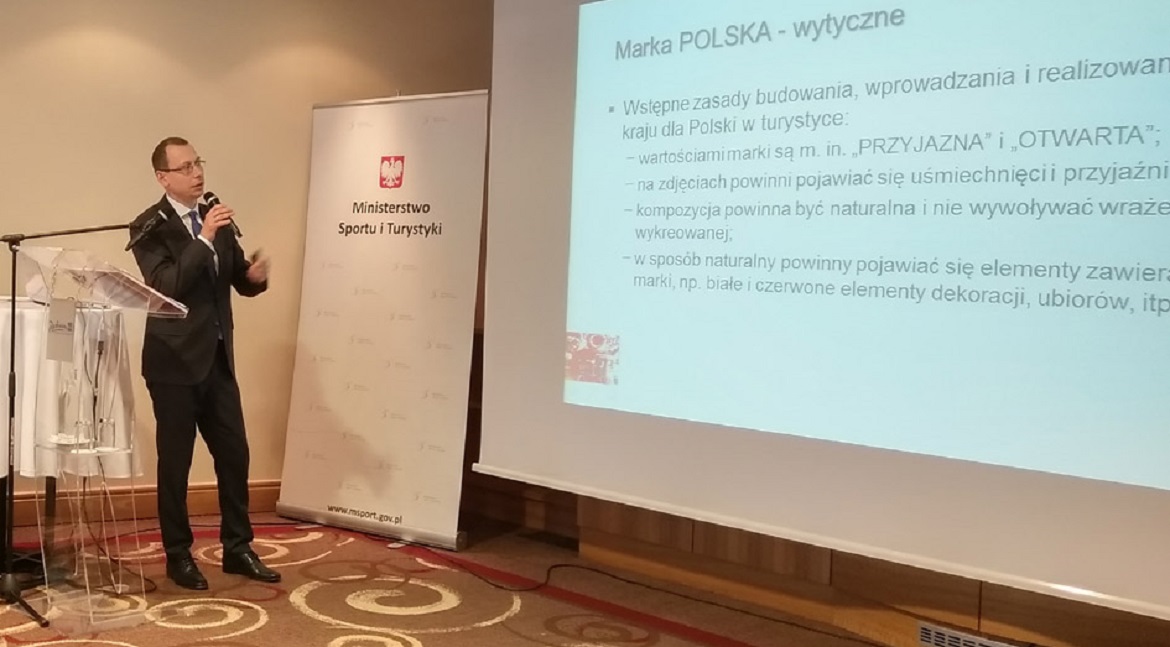 Under Secretary of State at the Ministry of Sport and Tourism Dariusz Rogowski opened the meeting by indicating the growing significance of tourism for the Polish economy. The contribution made by this branch to the national gross domestic product totals almost 6% and in the course of the last three years has risen by almost 20%. The tourism sector creates approximately 700,000 jobs. The major part of the efforts made by the Ministry of Sport and Tourism, encompassing the popularisation of tourism, the improvement of the competiveness of Polish tourist products, and the creation of Poland’s worldwide image as a safe and attractive county from the viewpoint of tourism, is implemented with the intermediary of a specialised institution – the Polish Tourist Organisation (Polska Organizacja Turystyczna – POT).

Dariusz Rogowski accentuated that POT excels at fulfilling entrusted tasks resulting from the strategy of developing national tourism defined by the Minister of Sport and Tourism. High efficacy is exemplified by the expansion of the “Poland See More – Weekend at Half Price” campaign, initiated by Minister of Sport and Tourism Witold Bańka. The coordination and promotion of the successive editions of this campaign have been taken over by POT. The undertaking in question provides a tangible impulse to national tourism outside the traditional vacation peak season and winter school holidays.

Presenting plans of the Ministry of Sport and Tourism for 2018 Dariusz Rogowski focused predominantly on preparations of legislative changes, including an act on POT, on hotel services, and on services provided by tour operators and guides. Modifications are also to include regulations concerning tourist trails.

President of the Polish Tourist Organisation Robert Andrzejczyk presented plans for 2018. “Our objective is to create an image of Poland as a country attractive for tourists, open, modern, safe, and friendly”, said the President of POT. The listed definitions are the outcome of decisions made by the Intergovernmental Team for Promoting Poland Abroad, in whose work POT takes part.

Initial principles of the creation and practical introduction of the Poland brand, distinguished by the “Friendly” and “Open” adjectives, have been devised. The new identification of Poland will be concurrent with changes introduced by POT, i.a. concerning the national stand, whose latest project will be introduced during the autumn fair season in accordance with the new principles.

The structure of next year’s expenditure for the promotion of Poland and Polish tourism anticipates that 88% of the PTO marketing budget will be dedicated to activity on the European and non-European market, including two-third in countries in which the Polish Tourist Organisation has its offices. Expenditure for efforts promoting domestic tourism has been established at the level of 12%, while 3% of the marketing budget will be spent on promoting the meetings industry. Andrzejczyk confirmed that contents of the promotion activity abroad will invariably include, first and foremost, city, culture, and active tourism, with special emphasis placed on water sports, biking, and health tourism.

In 2018 an increase of funds provided by legal entities for the promotion of national tourism by 10 million PLN, i.e. 25%, will constitute an essential change. Additional funds will make it possible to intensify efforts pursued within the range of our continent and to expand them so as to encompass, i.a. new Asian countries: South Korea, Singapore, Malaysia, and India. The choice of those destinations is connected with the expanded flight network of the national carrier Polish Airlines LOT.

The Polish Tourist Organisation will also actively join celebrations of the 100th anniversary of the regaining of Polish independence. The “Discover Poland to your neighbours!” campaign will be realized in accordance with the accepted plan of activity to be pursued by PTO in 2018. The objective of the campaign addressed to Polish communities across the world is to encourage Poles and people of Polish descent living abroad to visit the land of their ancestors, intensify ties with the homeland, and reinforce the awareness of a civic community.

The “Discover Poland with your mates” project is also associated with the 100th anniversary of recovering Polish independence. The project makes use of a marketing method consisting of personal recommendations. The Polish Tourist Organisation will encourage young people studying in Poland within the Erasmus program to participate. Many students willingly assume the role of ambassadors of Poland and Polish tourism within their milieu and in the countries of their origin.