On Friday, President of the Polish Tourism Organisation Rafał Szlachta and President of the Polish Handball Federation Henryk Szczepański signed a letter of intent in Kraków’s TAURON Arena, stating that POT will promote Poland at the 2023 World Men’s Handball Championship and encourage foreign visitors to take advantage of a wide range of tourist services. 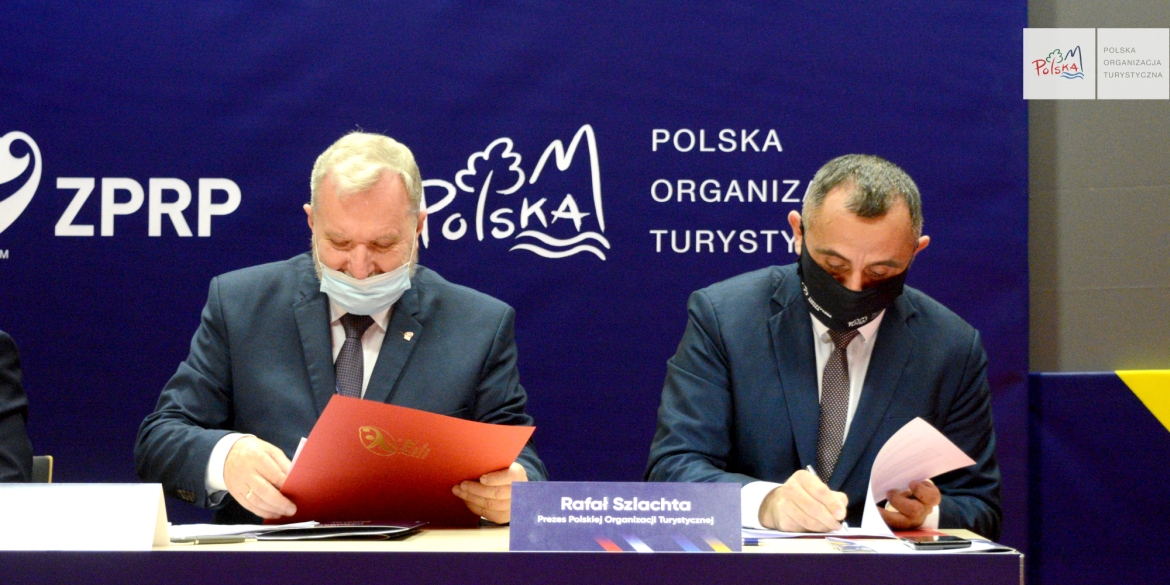 During the official conference, attended by Jacek Majchrowski, the Mayor of Kraków, and Witold Kozłowski, Marshal of the Małopolskie Voivodeship, it was also announced that Kraków and Małopolska will host the event co-organised by Poland and Sweden.

“We are choosing partners who have been tried and tested in battle. The authorities of Kraków and Małopolska are friends of sport and handball. We want our tournament to be a true festival of handball and to be remembered for a long time as a unique event. We are counting not only on great emotions, but also on the promotion of sport among children and young people”, said the President of the Polish Handball Federation, Henryk Szczepański.

“The 28th World Men’s Handball Championship is another great opportunity to promote our city internationally. I am convinced that because of the tournament Kraków will experience a great celebration of sports, attended by fans from Poland and from abroad”, said Jacek Majchrowski, the Mayor of Kraków. “I am happy that handball at the highest level will once again come to our city. In 2016, TAURON Arena was the venue for all group meetings of the Polish national team, as well as the 3rd place match and the final of the 2016 European Men’s Handball Championship. A year earlier, it saw several friendly games played by our team. In recent years, Kraków has also hosted numerous sports events of European and global importance (in volleyball, kayaking and football). With this successful cooperation in 2016 in mind, I am glad to see handball coming to our city, and as the most important event of 2023 to boot.”

“It is a great honour for Kraków and Małopolska to host the World Championships”, said Marshal of Małopolskie Voivodeship, Witold Kozłowski. “I have no doubt that this will be a unique celebration for athletes and fans, and yet another opportunity to promote our region. It is worth adding that many prestigious international sporting events have taken place in our voivodeship, such as the recent Karate Kyokushin World Championship, where we have hosted athletes from around the world. We support this type of international events, because we want to instil the passion for sport in young people, but also to promote our beautiful Małopolska.”

The National Provider of the 28th World Men’s Handball Championship will be the Polish Tourism Organisation (POT). “It is a strategic partnership for us, because we have common objectives. Each big sporting event is both an opportunity to compete and promote the country as an attractive destination for tourists”, said Grzegorz Gutkowski, director of the tournament.

“Hospitality is a characteristic of Poles, appreciated by tourists. We believe that as the host we will encourage and inspire sports fans from abroad to return to our country. Kraków and Małopolska are not only the most frequently visited places in Poland, but also through their infrastructure and excellent organisation they make the region a resource for many large sporting events”, said Rafał Szlachta, President of POT.

21 out of 61 tournament matches to be held in our country will be played in TAURON Arena Kraków. They will include games of the Polish team in the main round. “Our team’s principal goal is to advance to this stage of the competition. We are convinced that in late January we will see our national team play in Kraków”, says Henryk Szczepański.

This is an excellent opportunity to promote the host cities and regions, given the huge ranges generated by the World Championship. The organisers estimate that the advertising equivalent and the media value of the event amount to more than 1.5 billion PLN.

The Polish part of the World Championships will have six hosts. These are four cities (Katowice, Płock and Kraków) and two regions (Silesia, Małopolska). The last host city of the tournament will be announced at the beginning of December. For more information about the event, please visit www.handball23.com. Sales of tickets for matches in Poland will start in March 2022.