The ongoing PolandSHIOK Festival, organised by the Polish Embassy in Singapore, has the Polish Tourism Organisation (POT) as its main partner for the third time. The POT is supporting the embassy’s efforts in the segment promoting tourism and culture. 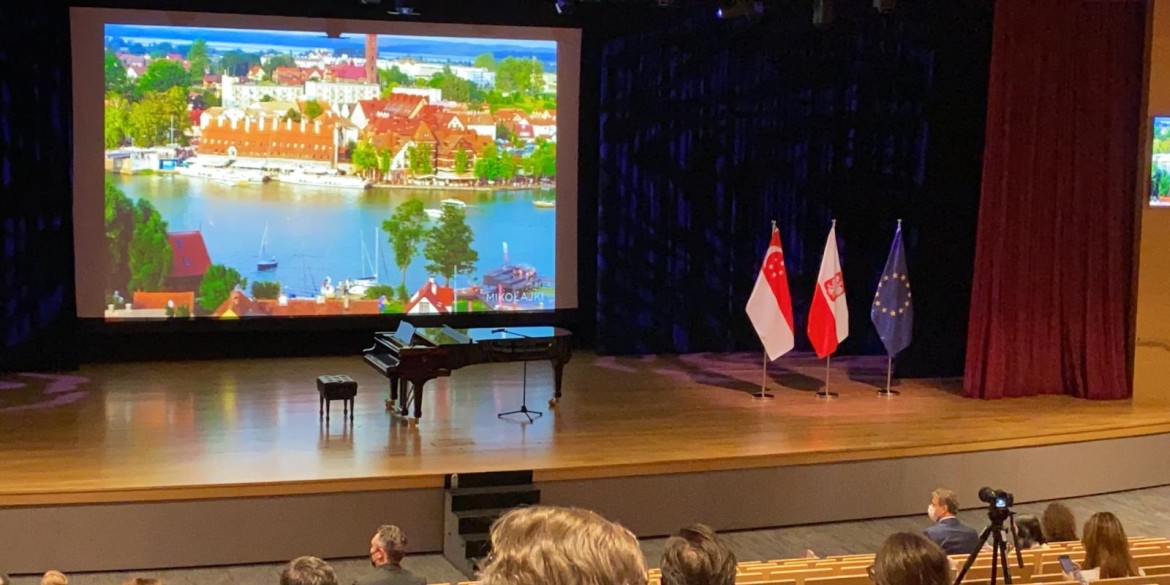 The aim of the PolandSHIOK Festival is to promote Polish culture, arts, tourism, products as well as business. Due to the current pandemic, the festival is being held in hybrid mode.

This year the tourism component prepared by the Polish Tourism Organisation has mainly focused on promoting Warsaw as the city of Fryderyk Chopin’s music. The media campaign is anchored in the Fryderyk Chopin International Piano Competition, which is planned for this year. Promoting Warsaw is also important in view of the planned relaunch of temporarily halted LOT Polish Airlines flights. Warsaw is a key city not only for tourism, but first and foremost in terms of business. Its promotion is doubly important in the context of the World Economic Forum in Singapore scheduled for August.

A live concert of classical music was held as part of the celebration of Poland’s 3 May National Holiday, which was also an element of the festival programme. The performance was attended by 150 leading figures from the worlds of business and diplomacy. The POT was one of the main sponsors of this event. A POT-produced video showcasing Poland’s biggest attractions was screened during the concert.

One of the guests of honour was Alvin Tan, minister of state at the Ministry of Trade and Industry as well as the Ministry of Culture, Community and Youth, who represented the government of Singapore at the event. He spoke about intensive trade cooperation with Poland during the pandemic, investment cooperation, and also about the culture and arts being presented, as being a major magnet between the two countries on the way to stimulating tourism once the pandemic is over.

The Polish Embassy and its strategic partners prepared a special four-page press release, Poland in the Spotlight, containing information about and promoting Poland. This material was published in the Business Times daily, South-East Asia’s leading financial periodical. Alongside economic data, this special supplement provided information about Poland’s tourist attractions, with a special focus on Warsaw. The bulletin was also handed out to guests at the concert. The aim of the publication was to show the role of Poland as the leading economy of Central and Eastern Europe and a reliable trade and investment partner.

Over the past year, Poland has been the only country among over 70 states having a representation in Singapore to decide to hold an actual celebration of its national holiday in a very challenging format that would comply with all restrictions. Given that a return to tighter restrictions was announced as of 7 May, it might long be the only country to have presented a powerful narrative in the public space.