Polish Tourism Organisation staged an exceptional Christmas meeting in the House of Commons of the United Kingdom. The ceremony was opened by Robert Andrzejczyk, President of POT, who presented the greatest tourist assets of our country. 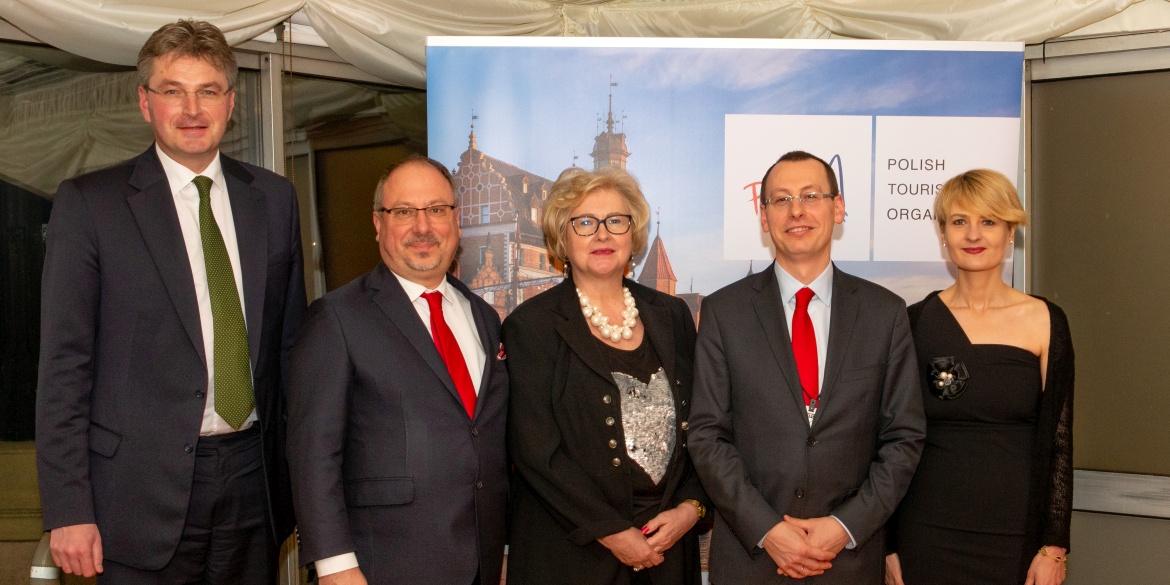 Invitations for the Christmas meeting held by Polish Tourism Organisation (Polska Organizacja Turystyczna - POT) in the UK House of Commons were sent to, i.a. representatives of diplomatic circles and parliamentary groups acting for the sake of strengthening Polish-British relations, members of tourist associations operating in the United Kingdom, leading tour operators, travel agencies, as well as key members of the press, both of the trade and nationwide variety. In total 100 guests attended the event. Kasia Madera, BBC news presenter of Polish origin, hosted the Christmas gala.

Robert Andrzejczyk, President of POT, whose speech focused on the greatest tourist assets of our country, opened the ceremony. Andrzejczyk mentioned such events as the city of Łódź being ranked among Lonely Planet’s top 10 value destinations and Kraków receiving the title of the European Capital of Gastronomic Culture. His speech also placed emphasis on the advantages and highlights of recreational and rural tourism, which is attracting considerable attention in the British Isles.

The official section involved speeches by Arkady Rzegocki, Ambassador of the Republic of Poland in London, and Iwona Białobrzycka, Head of POT’s London office. Next, guests attended a banquet featuring dishes inspired by both Polish and British cuisine.

The Christmas meeting was crowned by top-shelf entertainment, including a unique poetry-and-painting show hosted by key Polish painter Rafał Olbiński and British poet Ian Lukins. Olbiński’s paintings inspired the poet and prompted him to write a series of poems, which were ceremoniously recited during the Gala.

Finally, the participants were in for a surprise in the form of business card drawing, whose list of awards included vouchers for a stay in Łódź, an air ticket from London to Warsaw, an invitation to a dinner in a Polish restaurant in London, as well as a painting by Rafał Olbiński. The gala culminated in a live concert of a Polish ensemble whose repertoire focused on Polish and English Christmas carols in jazz arrangements.