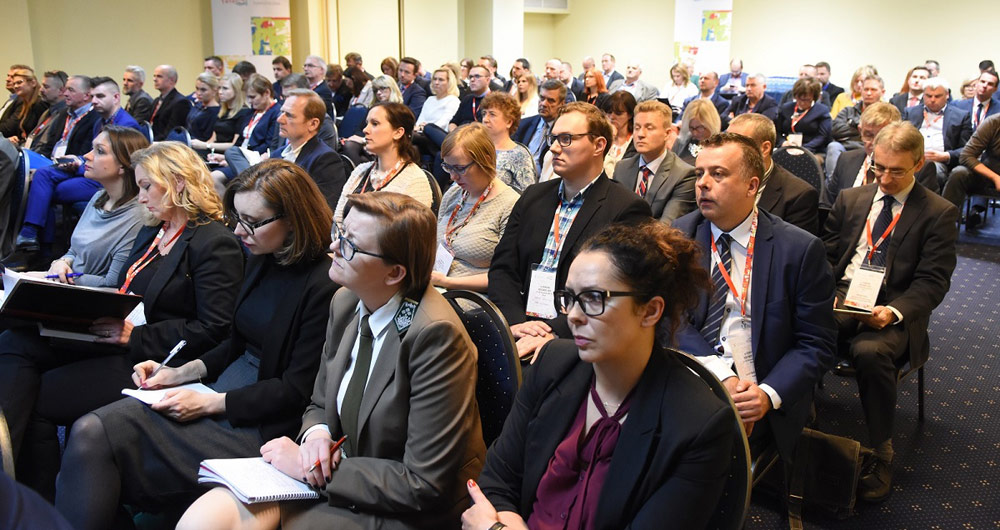 The fifth edition of the Forum of the Polish Tourism Organisation and Regional and Local Tourist Organisations (POT-ROT-LOT Forum) was an occasion for meetings and shared reflections about the development of tourism in Poland. The participants presented their observations about activity in the domestic market, realized in cooperation with assorted regions. They also considered marketing plans in foreign markets. The meeting was attended by representatives of the Ministry of Culture and National Heritage, who discussed the “Niepodległa” government program associated with the hundredth anniversary of Poland regaining its independence. In turn, a representative of the State Forests National Forest Holding (“Lasy Państwowe”) described the greatest assets of the constantly expanding tourist offer addressed to all those who wish to take a break in natural surroundings.

In the first part of the conference, Jacek Janowski, Director of the Department of Tourist Products and Regional Cooperation, spoke about next year’s large-scale campaigns to be conducted by the Polish Tourism Organisation (Polska Organizacja Turystyczna - POT). Janowski announced that the popular “Poland See More - Weekend at Half Price” campaign would be composed of two parts, taking place in spring (9-11 March) and autumn (6-7 October). He also dealt with a campaign focused on the promotion of Poland in cooperation with foreign YouTube vloggers, extremely well received by public opinion and the tourism industry. Director Janowski accentuated that the entire campaign will demonstrate a modern approach to the promotion of Poland, including particular regions, since it foresees the creation of 16 separate materials promoting assorted parts of our country, and added that the target is a minimum of 500,000 views generated by vloggers alone.

The POT-ROT-LOT Forum also presented plans for marketing in foreign markets. Teresa Buczak, Director of the Strategy Department at the Polish Tourism Organisation, accentuated that all ventures mentioned in the existing conception will be maintained in the following year, although an extremely important element will entail increasing activity in, i.a. Israel, South Korea, India, the United Arab Emirates, the Czech Republic, Brazil, and Hungary. In addition, POT plans to expand its ventures in the Asian market, especially Malaysia and Singapore.

Director Buczak stressed that the objective is to reinforce and create a positive image of Poland among tourism industry consumers. A major element will include the promotion of urban and culture tourism, i.a. by means of such historical monuments as castles, palaces, and manor houses. Another element of POT undertakings will consist of promoting active tourism, in particular water sports, as well as health tourism, mainly connected with stays in health resorts or spa & wellness centres.

The conference also witnessed an exchange of opinions about the functioning of Regional Tourist Organisations (Regionalne Organizacje Turystyczne - ROT), Local Tourist Organisations (Lokalne Organizacje Turystyczne - LOT), and Polish Airlines LOT in contacts with representatives of self-governments. A discussion moderated by Prof. Jacek Borzyszkowski dealt with proposals for changing the system of tourism management. Speakers emphasised that one of the problems is the division of competence regarding tourist promotion in regions. The debate participants expressed the view that voivodeship self-governments should concentrate on the preparation of strategies and the creation of solutions, while ROTs should undertake operational activity.

This part of the congress also considered the establishment of a special fund, which could finance Regional and Local Tourist Organisations. One of the suggestions mentioned the introduction of an additional small “overnight accommodation” payment, e.g. 1 PLN, which would make it possible to ensure financing the work of particular organisations. Congress participants underlined that a similar system functions in Croatia, where it passed the test. Attention, however, was drawn to the fact that alterations will require both the consent of many sides taking part in the debate and embarking upon statutory changes.