The 34th international Chopin Festival in Gaming Charterhouse was accompanied by a message referring to the hundredth anniversary of Poland regaining independence. 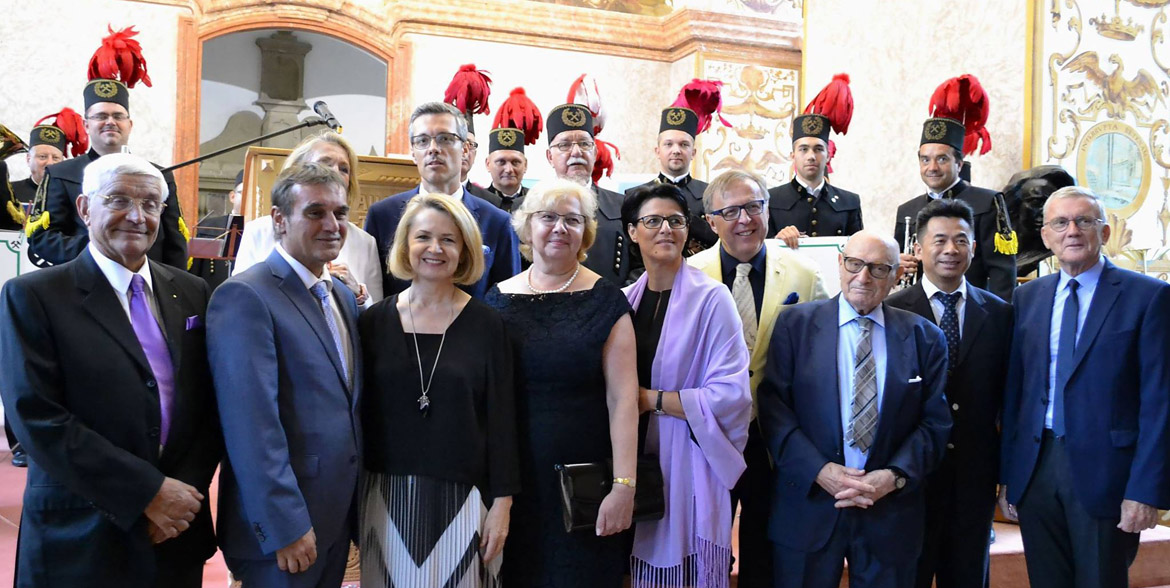 The lauded Chopin Festival in Austria’s Gaming Charterhouse promotes the oeuvre of the genius composer and his homeland. The music created by the grand artist is of great value for the global cultural heritage uniting people from various continents, symbolizes striving for freedom and a respect for human dignity. This year marks the 34th time that the Viennese Chopin Society presided by Prof. Theodor Kanitzer staged the event.

The main motif of the latest edition’s promotional message focused on the hundredth anniversary of Poland regaining independence. The concerts successfully drew a huge audience. Among more than 1,800 guests there were representatives of politics, culture and the tourism industry, including Jolanta Róża Kozłowska, Ambassador of the Republic of Poland to Austria, Renate Gruber, Mayor of Gaming municipality and member of the Austrian Parliament, as well as members of the government of Lower Austria. The spectators listened to works interpreted by the Symphony Orchestra of Zabrze Philharmonic conducted by Sławomir Chrzanowski, soloists Janusz Olejniczak and Edward Zienkowski plus artists from Austria and South Korea. The programme of six concerts consisted of compositions by Fryderyk Chopin, Ignacy Paderewski, Karol Szymanowski, Henryk Wieniawski, T. Leschetizcki and A. Zemlynski. The Municipal Office of Zabrze, the main sponsor of the Festival, was represented by a delegation headed by Mayor Małgorzata Mańka-Szulik.

The Vienna-based office of Polish Tourism Organisation (Polska Organizacja Turystyczna – POT) has for many years been actively involved in preparing the renowned Chopin-themed festivals in Gaming Charterhouse, a fact emphasised during the ceremonious opening of its 34th edition. Włodzimierz Szeląg, Head of the Viennese POT office, made an opening speech and presented the cultural and tourist value of travelling to Poland to tour places connected with the brilliant Polish composer and pianist and participate in music events. Thanks to efforts of the Vienna-based office, the On the trail of Chopin in Poland exhibition was presented to event participants and tourists visiting the Gaming Charterhouse. In this way, everyone interested in our country could expand their knowledge and obtain a complete set of materials on tourist assets and offers in a launched tourist information stand. An advertisement of Polish Tourism Organisation was included in an official festival publication featuring the concert programme.

At the invitation of the POT office in Vienna, a group of representatives of Austrian tourist bureaus came to Gaming to take part in workshops dedicated to staging trips to Silesia and pilgrim tours. The participants received a package of promotional materials and watched a multimedia presentation of the city of Zabrze and Silesia.

The Viennese Chopin Society, a member of the International Federation of Chopin Societies (IFCS) and UNESCO’s International Music Council (IMC), is one of the most active music institutions in Austria. Its President Theodor Kanitzer received the Bene Merito honorary badge awarded by the Minister of Foreign Affairs in recognition of his contribution to activities reinforcing the position of Poland and promoting Polish culture in the international arena. The Chopin Festival in Lower Austria holds top spot among annual concerts staged by the Viennese Chopin Society and featuring eminent soloists and chamber ensembles.