Polish Tourism Organisation brought the Time for Poland photo exhibition to Belgium to promote 16 Polish regions’ key assets related to nature and active tourism. The comprehensive exhibition travelled through Flanders for six months together with Armoured Wings, an exhibition presenting the accomplishments of the 1st Armoured Division commanded by General Stanisław Maczek. 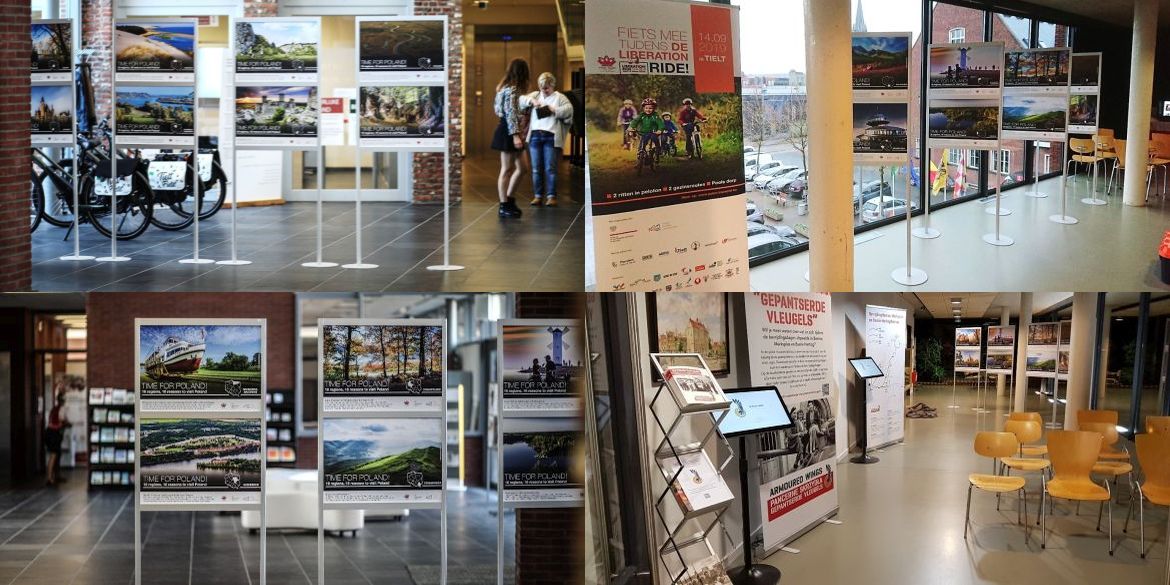 Promotion of active tourism, especially of the cycling kind, constituted one of 2019’s two crucial goals for the Brussels-based Polish Tourism Organisation International Office. Liberation Ride, a seminal historical-sporting-promotional event summarizing a number of undertakings staged to commemorate the 75th anniversary of Flanders’ 1944 liberation by the 1st Armoured Division commanded by General Maczek, acted as the centrepiece of operations.

The event was complemented by other projects implemented by the Embassy of the Republic of Poland and Polish Tourism Organisation (Polska Organizacja Turystyczna - POT). An exhibition presenting the accomplishments of the 1st Armoured Division in Flanders and organized by the General Representation of the Government of Flanders and the Embassy of the Republic Poland with their Polish and Belgian partners, Armoured Wings was among the most important initiatives. The exhibition was displayed in the second half of the year in 8 cities across Belgium.

The combination of a history-themed exhibition with a presentation of Poland’s present-day high points matched a broader promotional concept devised by the Embassy of the Republic of Poland, the main organizer of the anniversary celebrations of the liberation of Flanders. Liberation Ride, co-arranged by Polish Tourism Organisation, followed the same rule.

While the key objective of the rally was to commemorate the soldiers of General Maczek, the event featured many components not necessarily related to the past - sport, promotion of Polish tourism and regions, as well as an open-air fair aimed at a mass audience and featuring diverse shows, highlights and Polish cuisine.

The Time for Poland exhibition was created in cooperation with Polish regions. Each of the partners was asked to choose a photo that would serve as its best representation. Next, English-language captions were worked out together and added to the photos, which were eventually installed into special frames making fast assembly possible. POT’s International Office funded all the costs generated by the exhibition’s implementation and its presentation in successive destinations.

The International Office ordered a larger-sized copy of the Time for Poland exhibition (70cm x 100 cm) in the form of paintings printed on canvas. The exhibition was handed over to the Polish National Military Representation to the Supreme Headquarters Allied Powers Europe (SHAPE). It will be displayed in corridors of the SHAPE building to an international and influential group of spectators composed of military representatives from all over the world.

The original Time for Poland exhibition will be presented by POT’s International Office during successive promotional events. The Ghent-set Fiets en Wandelbeurs trade show centred on hiking and cycling is the next tentatively scheduled occasion.