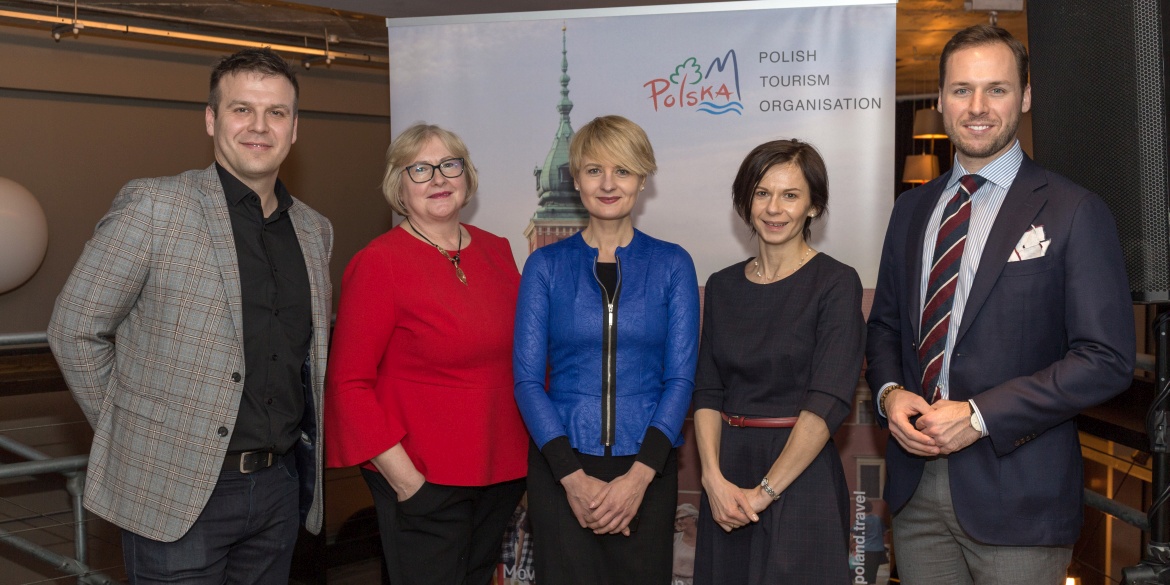 The meeting’s leitmotif focused on the promotion of city tourism, with particular emphasis on destinations such as Warsaw, Gdańsk, Łódź and Kraków. The event was arranged in the form of a seated dinner serving dishes characteristic for particular regions. After each meal, a regional tourist organization representative introduced a given city. At the end, a networking session was accompanied by a business card drawing with two hotel vouchers for a stay in Warsaw as the main prize.

This was the very first meeting of this kind staged in Dublin by POT’s London office and intended to reinforce promotional undertakings in Ireland in 2019. The event turned out to be a great success, with invitations accepted by close to 50 guests, including representatives of the most opinion-forming media. During the meeting, both parties emphasized the importance of the Irish market for the tourist sector and discussed further projects that in the nearest future could play the role of an area of joint efforts.