During the Ukraine International Travel & Tourism Exhibition, which took place in Kiev in May, the stand set up by the Polish Tourism Organisation (POT) presented an offering of tourist attractions from Lower Silesia and the cities of Łódź and Kraków. The event was held in traditional form, but under a strict safety regime. 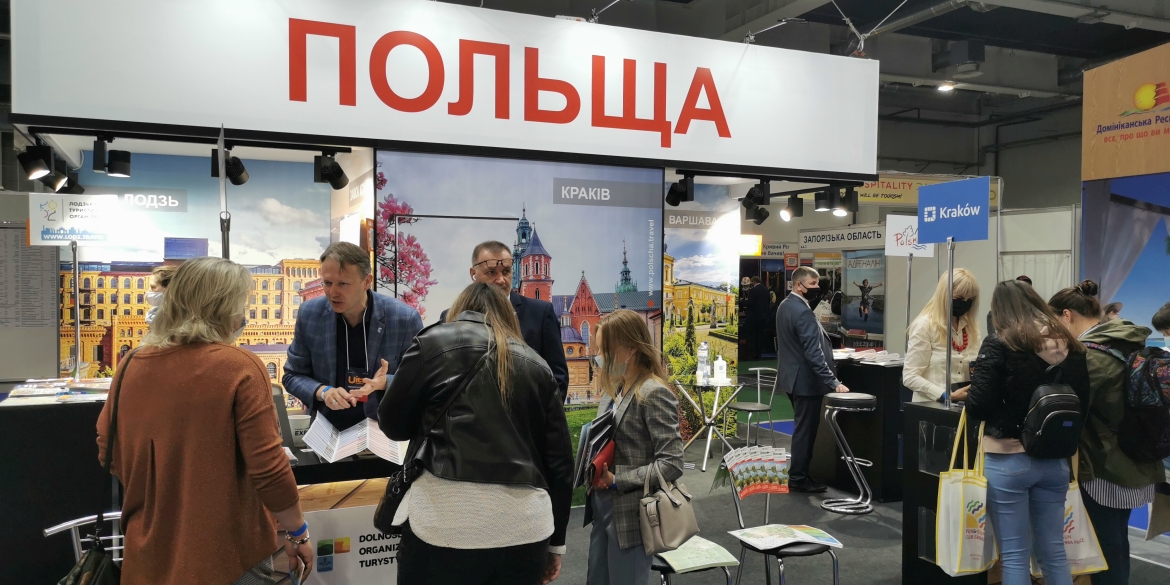 According to the organisers, the Ukraine International Travel & Tourism Exhibition was Ukraine’s biggest tourism event for the spring/summer season. Postponed three times, the trade fair was ultimately held in traditional form, almost like what we were used to before the pandemic. Of course, everyone had to follow a strict safety regimen. Participants and visitors had to have their temperature checked, were given special bands, and had to wear mouth and nose coverings. Even so, the possibility of being able to meet up in actual and not just virtual reality after a forced two-year break gives hope that the tourism world is moving in the right direction.

The 30-square-metre stand prepared by the Polish Tourism Organisation International Office in Kiev showcased the offering of the Lower Silesian Tourism Organisation, the Łódź Tourism Organisation, and Kraków City Hall. Everyone agreed that even though the borders were still closed to tourists, the interest people were showing meant there was hope that Ukrainians had not forgotten about Poland and would return as soon as this became possible. Alongside Poland, tourism options for the summer were presented by places including Turkey, Egypt, Croatia, Bulgaria, Catalonia as well as numerous tour operators and Ukrainian regions. The exhibition also featured a wide range of different meetings and presentations.

The event, which was held at the International Exhibition Centre in Brovarsky Prospekt in Kiev, lasted from 11 to 13 May.