The Polish Tourism Organisation ran a campaign to promote Poland as an attractive tourist destination on large format digital displays in Stockholm, Oslo and across Denmark. The slogan of the campaign was: “Poland. More than you think.” 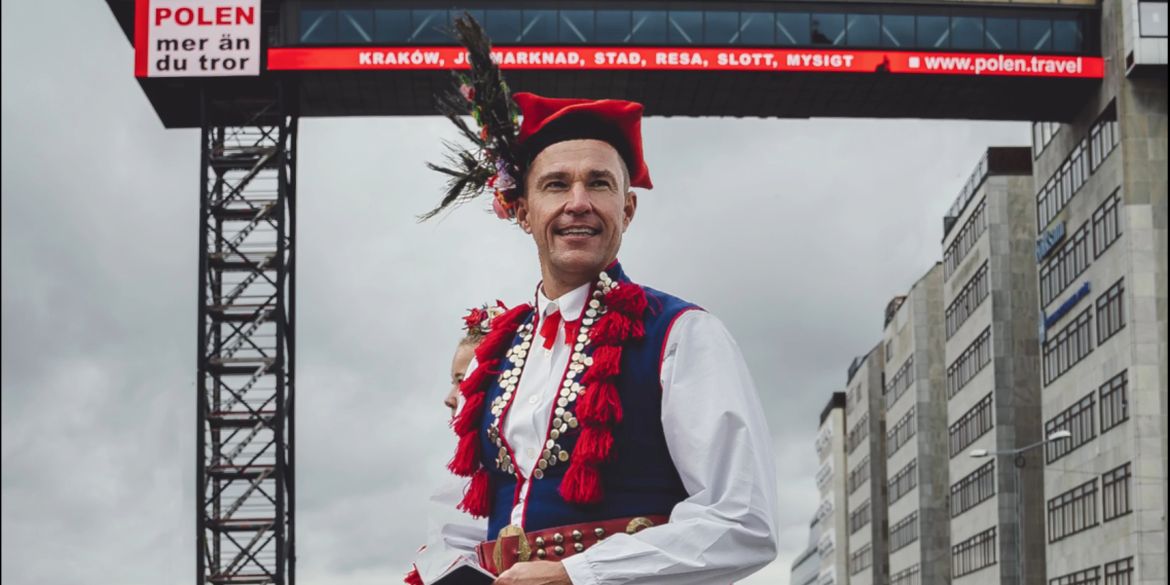 Carried out by the POT International Office in Stockholm, the campaign took place between mid-August and mid-September. That is a time when Scandinavians return to work after the summer holidays. As part of the campaign, we encouraged the inhabitants of the largest Scandinavian cities to visit our country.

In Stockholm, a spectacular screen was placed on the Katarinahissen passenger lift, which rises 96 meters above sea level. The lift has been one of the city’s most famous attractions for 140 years. Its excellent location, right by the main communication hub of Slussen, made it possible to reach nearly two million recipients during the three weeks of displaying the advertisement. In communication, the campaign used the most frequently searched words at www.polen.travel and visualisations of tourism products with which Poland can and should be associated – nature tourism, major city attractions, cultural tourism or camping tourism. In addition, the Stockholm POT office orchestrated a happening at the square before the entrance to the Slussen metro, where the Piastowie folk dance group from Stockholm presented Polish folk dances. During the performances, the passers-by were informed about Polish tourist attractions and given promotional brochures and small gifts.

In Oslo, Polish nature and culture were promoted alternately for two weeks on a digital screen located at the central station. Nature was shown in a short video featuring bison, while culture was represented by a film with the Main Market Square in Kraków. The presentations reached an audience of around 80,000. At the same time, in the popular Nedre Foss Parken, next to Mathallen Oslo (the city’s culinary heart) and Vulkan Arena (a well-known concert venue), a happening took place as an introduction to the WeDo Modern Art Festival. Promotional packages were given to viewers with brochures and small gifts from Poland.

In Denmark, 48 digital screens (including 4 mega screens) were used throughout the country to promote Poland as a great destination for cycling holidays. Two of the mega screens were located in the Town Hall Square in Copenhagen. The campaign reached almost 1.5 million inhabitants of Denmark over two weeks. The promotional video was produced using materials shot in collaboration with a Danish marketing agency, showing a typical Danish family riding the R10 Trail along the Polish coast. The trail is part of the Hanseatic Route project, which further enhances its attractiveness for the Danish. The presentation of bicycle tourism products was complemented by the distribution of 3,000 bicycle saddle covers in the centre of the Danish capital.

The promotion efforts coincided with the time when the recommendations on social life and travel related to the COVID-19 pandemic were relaxed. POT hopes that they have inspired the audience to plan their journey to Poland.