On 14 September the Belgian city of Tielt (Flanders) hosted Liberation Ride, an amateur bicycle rally staged by the Embassy of the Republic of Poland to the Kingdom of Belgium and Polish Tourism Organisation. 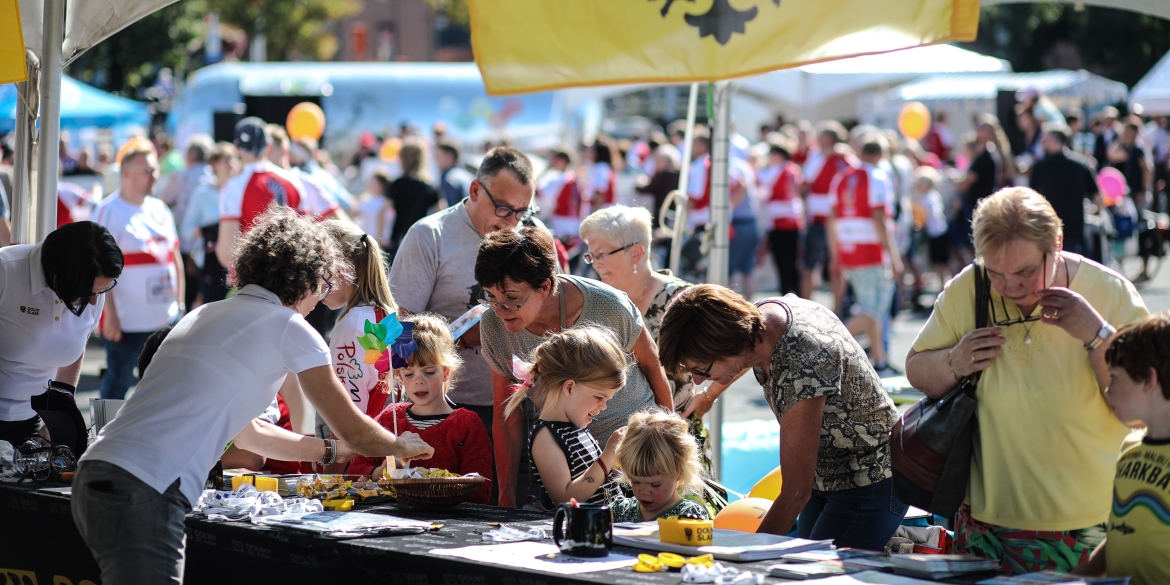 The goal of the rally was to emphasise Poland’s contribution to the liberation of Flemish cities and towns from the German occupation made by General Maczek’s 1st Armoured Division in September 1944. This year marks the 75th anniversary of the event and simultaneously the 100th anniversary of Poland and Belgium establishing diplomatic relations. For Polish Tourism Organisation (Polska Organizacja Turystyczna – POT), Liberation Ride was also an opportunity to promote Poland and its cycling offer among a particularly valuable target audience – Flemish cycling enthusiasts. Polish Tourism Organisation’s Brussels-based International Office invited key partners – Polish cities and regions – to become involved. As the list would be incomplete without partners directly connected with bicycle tourism, Green Velo and Velo Małopolska routes fortunately responded favourably to the invitation. Last but not least, the fact that the list of partners included Polish Airlines LOT had a crucial impact on boosting the popularity of outbound tourism to Poland. LOT also sponsored the awards for rally participants.

Following the trail of General Maczek’s 1st Armoured Division, the Flanders-set race is staged in cooperation with the GRINTA! association, a Belgian organization specializing in cycling events and an unquestionable authority in the discussed field. The event is actively supported by its Belgian partners, with particular emphasis on the government of Flanders and the city of Tielt liberated by General and his soldiers. Its centrepiece consists of semi-professional races across the towns liberated the by the 1st Armoured Division (120 and 80 km) and family-friendly races (20 and 40 km). Winners received magnificent awards in the form of a trip to Poland, bicycles, cycling equipment and baskets containing delicacies funded by partners and sponsors. In the case of the family-friendly routes, cyclists could also solve tasks allowing them to become familiar with the history of the accomplishments of Polish soldiers fighting in Flanders. During brief stops, they could also try out essential Polish cuisine, such as sękacz tree cake and gingerbread. The stop in Ruiselede was among the key highlights as it featured a Silent Concert by Barbara Drążkowska, an artist that as part of her auteur Green Pianist project travelled across the Green Velo route, offering piano concerts to the people she met on the way.

Krystian Herba, Ambassador of Green Velo and six-time Guinness record holder in bike trials, guaranteed a hefty dose of excitement for all the visitors and surprised them with thrilling bicycle acrobatics. Eastern Poland’s Green Velo bike route was also promoted by a remarkable 5-D capsule and the video it presented proved a veritable hit among the Belgian audience.

Furthermore, cycling fans were enthralled by a trainer from Małopolska, which offered a chance to enjoy a virtual trip along Velo Małopolska bike routes. The stand of Zachodniopomorskie (Western Pomerania) attracted visitors with bike repair services, and that of Dolny Śląsk (Lower Silesia) – by offering cycling accessories.

The Polish Town was intended by organisers to reach a wide audience with its message focused on the numerous highlights promoting Poland. The initiative presented 9 Polish regions: Dolnośląskie (Lower Silesia), Kujawsko-Pomorskie (Kuyavia and Pomerania), Łódzkie, Mazowieckie (Mazovia), Małopolskie, Opolskie, Świętokrzyskie, Warmińsko-Mazurskie (Warmia and Masuria), as well as Zachodniopomorskie (Western Pomerania). In addition to promo materials, each of the regions came up with a wide range of attractions – tasting sessions of local products, children’s activities and quizzes.

Szamotuły – a twin town of Tielt – played the role of a special guest. It arranged numerous highlights for children at its stand and sponsored a first-rate prize – a bike trailer for family-friendly races. A significant moment involved a wreath laying ceremony commemorating fallen soldiers by a tank of the 1st Armoured Division and in the Tielt cemetery. It was attended by numerous Polish and Belgian VIPs – the Ambassador of the Republic of Poland to the Kingdom of Belgium, mayors of Tielt, Ruiselede, Roeselare, Szamotuły and Darłowo, a representative of the West Flanders province, and many others. Some of them even got on a bike to join the Polish Ambassador riding a family-friendly route of 20 km.

Polish schools from the Flemish Region also acted as the event’s partners and under the guidance of the Daskalia association arranged numerous highlights for children, allowing them to learn more about Polish literature, handicraft, history and tradition. The Let’s Dance children’s ensemble diversified the event with Polish folk dance shows.

All guests interested in Polish history listened to the soldier tales of a historical re-enactment group and visited the “Armoured Wings” exhibition presenting the story of General Maczek liberating Flanders. Music fans enjoyed an atmospheric concert by the international Deco Ensemble, which arrived from London specially for the occasion.

Finally, there was no shortage of food-related highlights. Guests dined in a Polish restaurant and tried out Belgian beer from a limited series commemorating the 75th anniversary of Polish soldiers liberating Flanders.

Polish Tourism Organisation complemented the Liberation Ride with an action promoting Poland as a prime-rate bicycle tourism destination in numerous Belgian media, such as Pasar tourism magazine and Grande and Reisreporter tourism portals.

The event was covered by Belgian and Polish media, including Grinta!, HLN, TVP Info, TV Polonia and PAP.