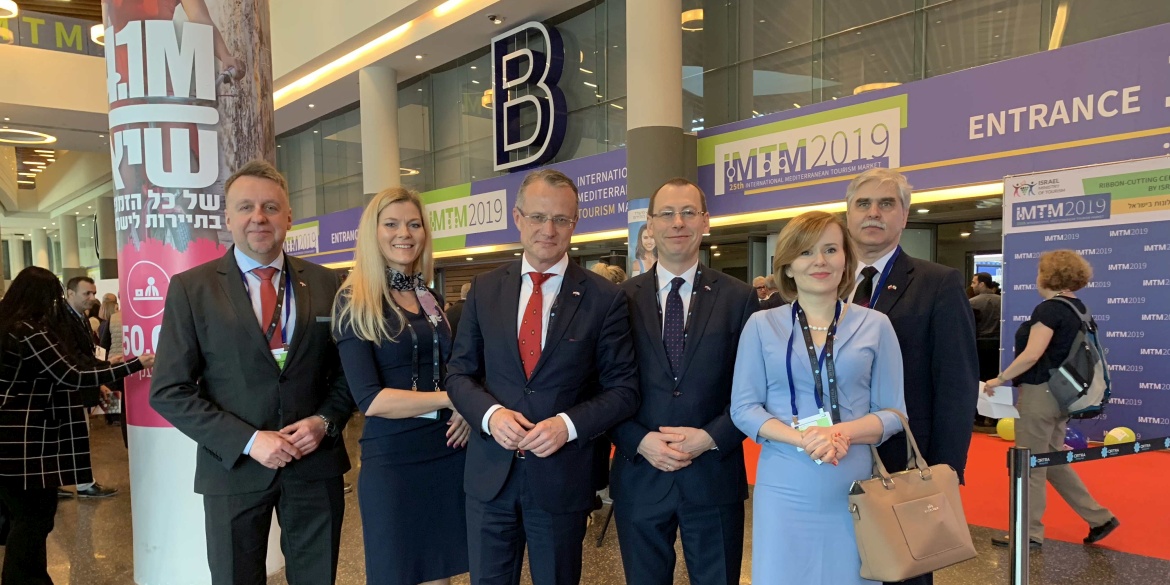 International Mediterranean Tourism Market in Tel Aviv is the most important meeting of exhibitors hailing from Israel and the Mediterranean Sea region. The 25th jubilee edition of the event involved more than 1,800 exhibitors from 52 countries and attracted more than 26,000 guests.

The Polish pavilion was visited by, i,a. Anna Krupka, Deputy Minister of Sport and Tourism, Dariusz Rogowski, Director General of Ministry of Sport and Tourism, Marek Magierowski, Ambassador of the Republic of Poland in Tel Aviv, and Robert Andrzejczyk, President of Polish Tourism Organisation. A popular choice among exhibition participants, the stand hosted a number of trade and media meetings.

From the viewpoint of Poland’s inbound tourism, the Israeli market boasts an exceptionally dynamic growth. In 2017 our country was visited by 250,000 tourists from Israel, an increase of almost 50% in comparison with the year before. Statistically and per capita the Israelis are a nation most frequently travelling abroad. Each year Israeli tourists go on about 4 million luxury trips, on average staying abroad from 4 to 10 days. They choose both exotic and more standard destinations. Israeli tourists are particularly fond of city breaks, shopping, Polish cuisine, nature and active tourism, family stays, as well as spa & wellness.

The importance of Poland as a prominent tourist destination for the residents of Israel is best demonstrated by the opening of another direct flight connecting Tel Aviv with Kraków, which was launched on 25 February 2019.