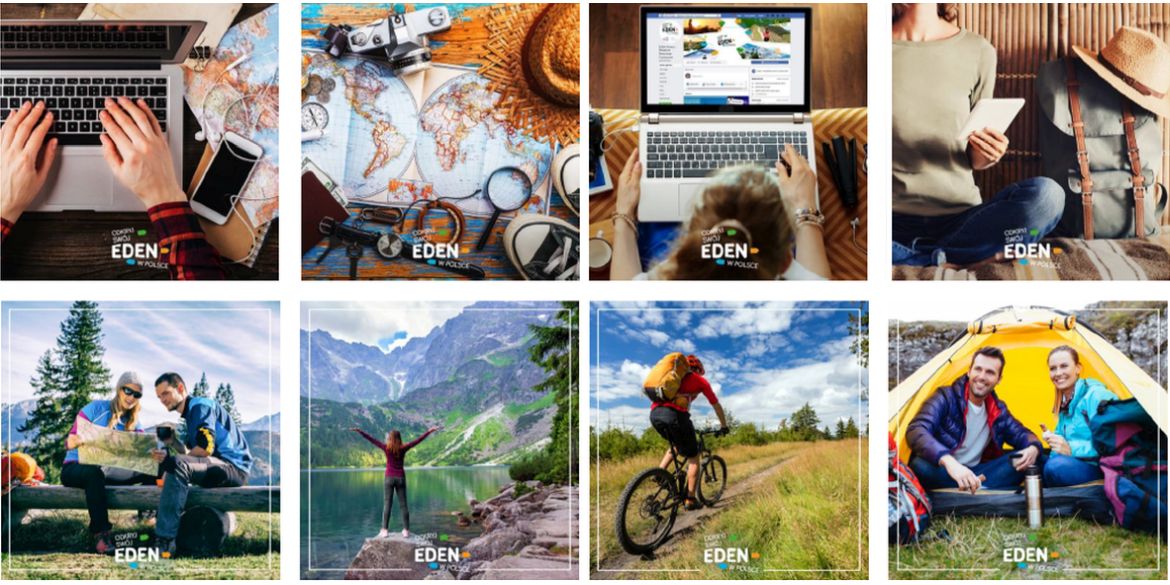 As part of its 2020 promotion of destinations awarded and distinguished in successive editions of the EDEN Polska competition, Polish Tourism Organisation (Polska Organizacja Turystyczna - POT) conducted a special social media campaign in April, May and June.

The first stage of the Like campaign was staged in April. Due to the ongoing coronavirus pandemic, special concepts were developed to take into account the lack of travel options and focus on so-called virtual tourism, the only variety available at the time.

With travel restrictions being progressively lifted, the May stage featured slightly modified ad copies to match the evolving situation. However, the campaign visuals did not change, with the same artwork applied as in April.

Finally, the third stage in June coincided with the easing of domestic tourism restrictions and growing numbers generated by Polish travellers. As a result, it was also distinguished by a post-lockdown character and featured more standard artwork presenting tourists in scenic settings.