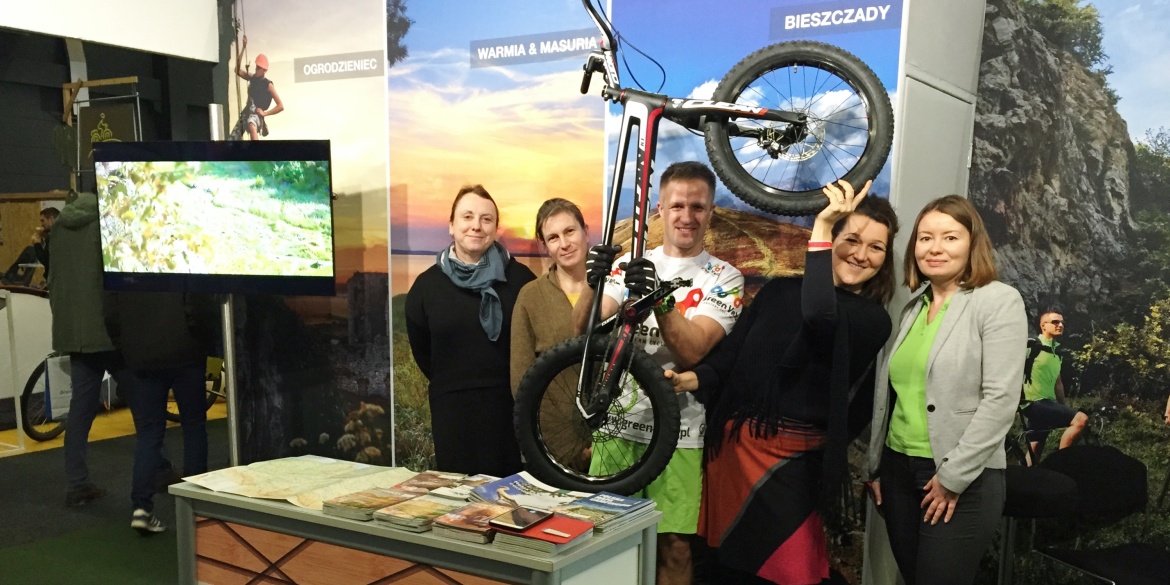 Focused on walking and cycling, the Fiets en Wandelbeurs fairs are staged in two Benelux cities - Dutch Utrecht and Belgian Ghent. Up to now Polish Tourism Organisation (Polska Organizacja Turystyczna - POT) participated exclusively in the Dutch edition of the event, but this year it also travelled to Belgium to promote Polish active tourism.

Involvement in the fair is a part of a comprehensive project of cycle tourism promotion scheduled to take place this year in the Belgian market. The enterprise in question is composed of an outdoor campaign, extensive online media operations and, predominantly, joining forces with the Embassy of the Republic of Poland to hold the grand Liberation Bike Ride and commemorate General Maczek’s 1st Armored Division liberating Flanders in 1944.

The Polish stand presented the offer of the event’s partner - the Brussels-based East Poland House that associates representatives of marshal’s offices of East Poland’s regions. The main product promoted by POT and East Poland House, the Green Velo cycle trail arouses great interest among Belgian and Dutch travellers. What is more, many guests acknowledged they have already traversed the trail or a part of it, while many others are planning to see it.

Krystian Herba, the five-time Guinness record holder in bike trials who in 2016 successfully reached the top of Brussels’ landmark Atomium building, was encouraging visitors to stop by the Polish stand. A unique show of bike acrobatics proved to be immensely popular and even involved the most courageous spectators, with Herba performing hair-raising jumps and tricks above volunteers. The bike trial champion was also handing out signed posters and - to a lucky few - souvenir T-shirts. From the POT perspective, the shows were intended to promote the Green Velo trail that Krystian Herba has been officially representing for many years now.

The two-day Fiets en Wandelbeurs fair was attended by 15,000 participants, mostly intense enthusiasts of hiking or cycling expeditions, considerably interested in presented destinations and expecting in-depth information about available active tourism options. As a destination boasting an extensive offer in this field, Poland proved to be a highly intriguing option for participants, who enthusiastically visited the Polish stand in great numbers.