Held at the Polish Embassy in Tokyo in late July, Polish Day celebrated the Polish Olympic Team’s participation in the 32nd Olympic Games; the host was Rafał Szlachta, president of the Polish Tourism Organisation (POT). 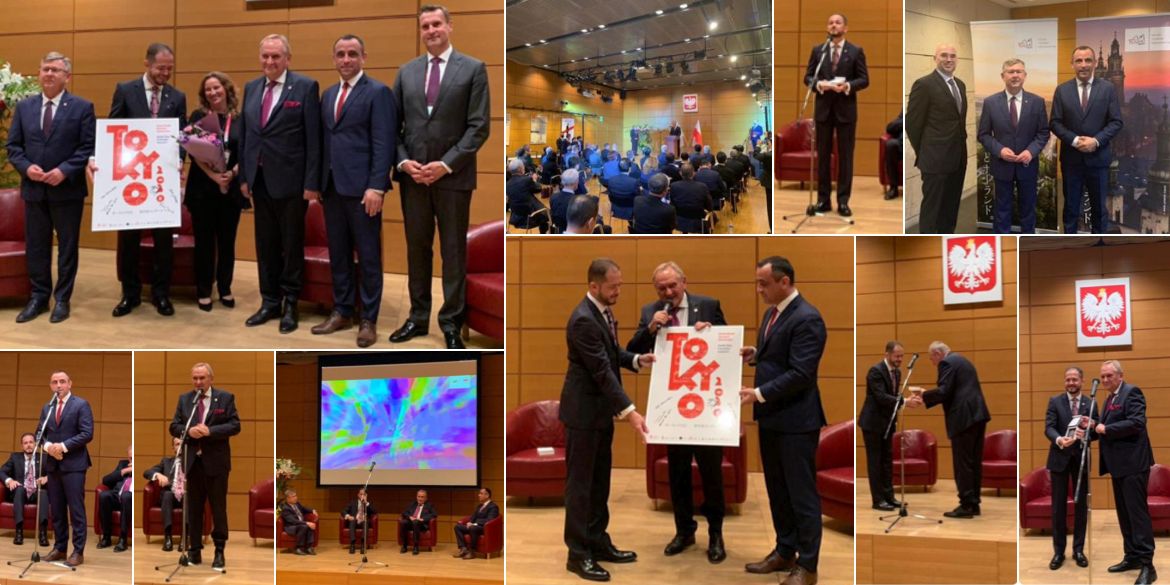 Polish Day in Tokyo invoked the event held at the Polish Olympic Committee’s Olympic Centre in Warsaw on 30 June, which originally was meant to have taken place in Japan. Alongside the POT president, the opening was attended by Polish Olympic Committee (PKOl) President Andrzej Kraśnicki, Ambassador Extraordinary and Plenipotentiary of the Republic of Poland to Japan Paweł Milewski, and Małopolskie Province Marshal Witold Kozłowski. The guest of honour was Witold Bańka, president of the World Anti-Doping Agency. The Polish Day guests also included representatives of sports organisations and partners of the PKOl.

Ambassador Paweł Milewski was presented with the PKOl Centenary Medal for his invaluable, over 18-month support and efforts in organising the PKOl delegation and Polish athletes’ stay in Japan at a very difficult time, in the face of restrictions imposed by the organisers of the Tokyo 2020 32nd Olympic Games.

Tourism, sports and diplomacy are the pillars of Poland’s promotion on the international arena. The essence and importance of the two institutions’ collaboration in these areas was outlined in the POT and PKOl presidents’ speeches. The speakers also thanked those involved for the organisational effort put into the Polish Olympic Team’s participation in the Olympic Games under the unfavourable pandemic conditions. The speeches also mentioned how the experience gained from organising and promoting the Tokyo Olympics could help in the work on the European Games, scheduled for 2023 in Kraków in Poland’s Małopolska region – an event of key importance for the promotion of Poland in the coming years.

Marshal Witold Kozłowski as the chairman of the Organising Committee of the Kraków – Małopolska 2021 3rd European Games, and the presidents of the PKOl and the POT held a series of meetings during their brief stay in Tokyo, including with the chairman of the Saudi Arabian Olympic Committee responsible for the organisation of the Asian Games.