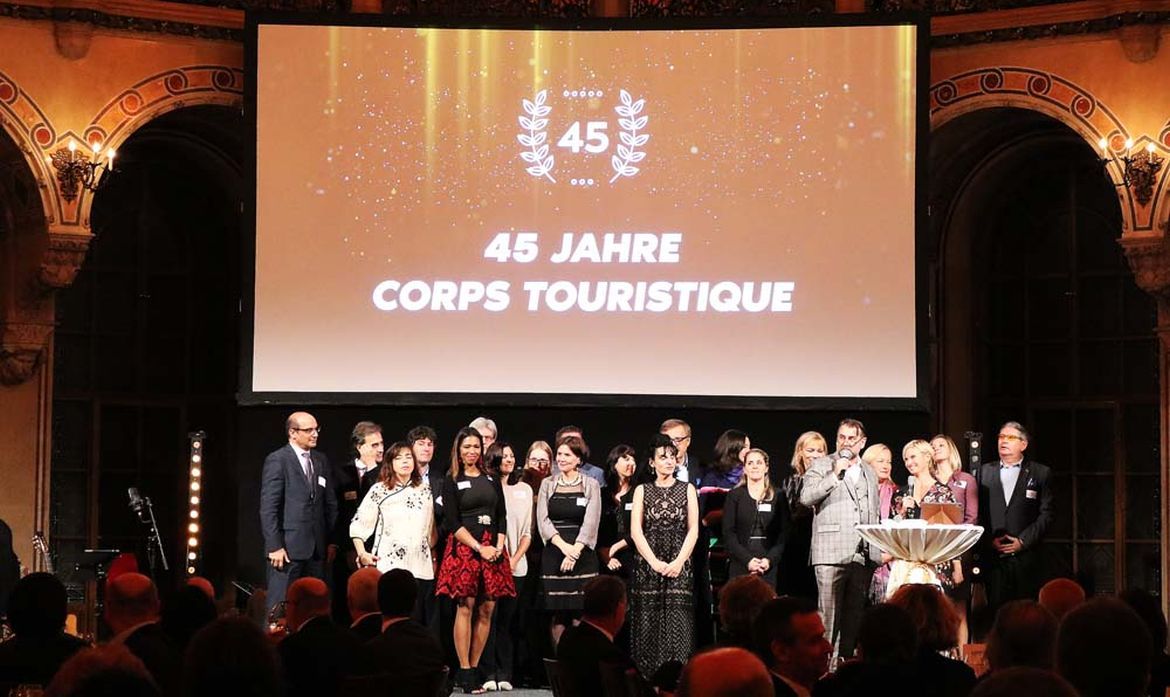 This year's Gala Abend had a unique character due to the 45th anniversary of Corps Touristique Austria. The event was attended by 255 participants, including 215 representatives of travel agencies and trade press.

The event was hosted by moderators well-known in the tourism sector - Simone Heher and Peter Agathakis - with musical backing provided by Double Jeu band.

Together with the new brochure, invited guests received promotional sets prepared by particular countries. The Polish package included information about Kraków - the European Capital of Gastronomic Culture - and Polish Vodka Museum along with small gadgets.

Gala Abend Corps Touristique Austria has already become a fixture in the calendar of Vienna-based tourist events and enjoys remarkable popularity in the industry. An invitation to the event is treated as a special distinction and a way of saying thank you for year-long cooperation.