Poles miss travelling, says a study commissioned by Polish Tourism Organisation. Domestic tourism starts recovering due to successive stages of economic reopening. To support the Polish tourism sector, POT inaugurated the “Rest in Poland” campaign intended to motivate Poles to explore their homeland. The project was developed in cooperation with regional and local tourism organisations. 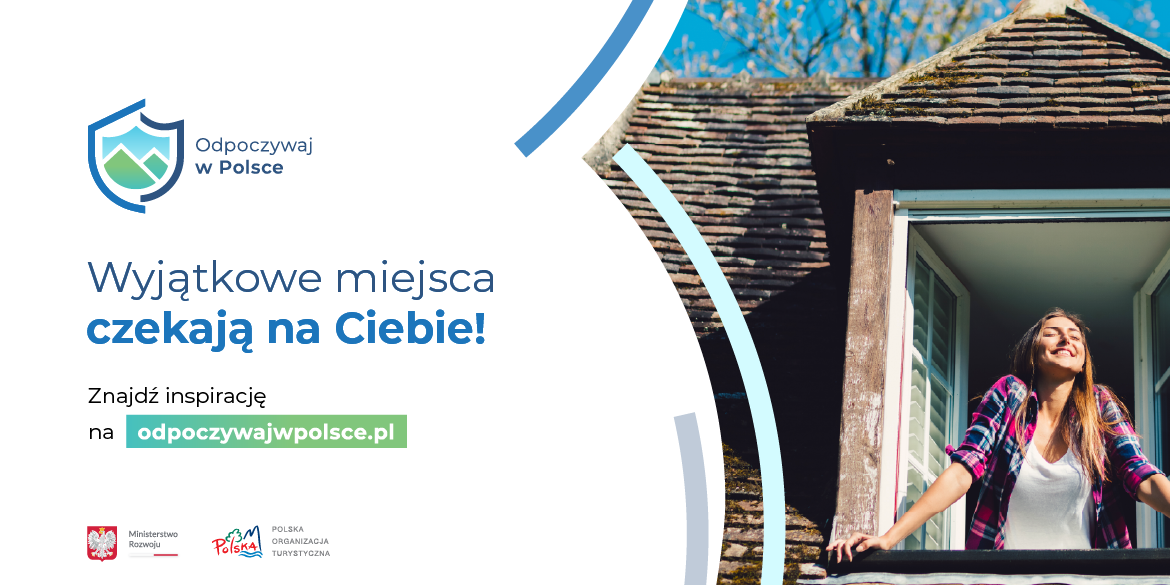 Based on a representative sample, the study commissioned by Polish Tourism Organisation (Polska Organizacja Turystyczna - POT) reported that as many as 87% of Poles planning holidays in the coming months intend to spend them in Poland. This makes it possible to feel optimistic about this year’s holidays. Mountains (34%), Baltic Sea coastline (27%) and lake district (16%) were picked most often as potential destinations.

“This year, most of our fellow countrymen will spend their vacations at home. Poland is a beautiful country that has a lot to offer to tourists. I am sure that the portal specially created by POT will inspire all visitors to plan an exceptional journey”, said Andrzej Gut-Mostowy, Secretary of State with Ministry of Development.

For the purposes of the campaign, POT created the odpoczywajwpolsce.pl website presenting the tourism offer of our country. “We wish to show Poles that numerous exceptional places await them in the country and can act as a point of departure for exploring the neighbouring area. The campaign’s website applied an interactive map to identify top Polish tourist products recognised with POT’s certificates, winners of the “Polish Tourism Brand” title and laureates of the “EDEN - European Destination of Excellence” and “There Is No Place Like the Countryside - 12 Good Practices of Rural Tourism” competitions. In addition, we encourage everyone to sightsee sites included on the UNESCO World Heritage List and to discover the diverse offer of national parks”, said Robert Andrzejczyk, President of Polish Tourism Organisation.

Launched on 6 June, the eight-week-long campaign enabled Poles to learn more about the tourism offer of all regions of the country. For eight weekends in a row, particular voivodeships were promoted as part of “Rest in Poland” stories aired on the Pytanie na śniadanie morning TV show. Each episode was dedicated to a different region, with sites promoted through the show selected by regional tourism organisations. The weekend episodes of Pytanie na śniadanie are watched by an audience of over half a million viewers. In addition, spots encouraging viewers to visit odpoczywajwpolsce.pl appeared on nationwide TV (general and specialty channels of the TVP network, Polsat and Polsat News). Throughout its duration the campaign reached an estimated number of 160 million contacts. The project’s additional promotion involved online advertisements.

Last but not least, the campaign applied PKP Intercity trains. “We believe that the astounding tourism potential of Poland continues to be underutilized. The cooperation of PKP Intercity and Polish Tourism Organisation makes it even easier to explore the charming must-sees of Polish regions. Already today our trains offer a fast, safe and comfortable way to reach top tourist attractions - from major cities to smaller but one-of-a-kind towns”, said Marek Chraniuk, President of the Board, PKP Intercity.