Polish Tourism Organisation launched a campaign in Austria to promote Poland and cycling tourism. POT’s Vienna-based centre partnered up with RailAd for the purposes of the project, which is scheduled to continue until the end of 2020. 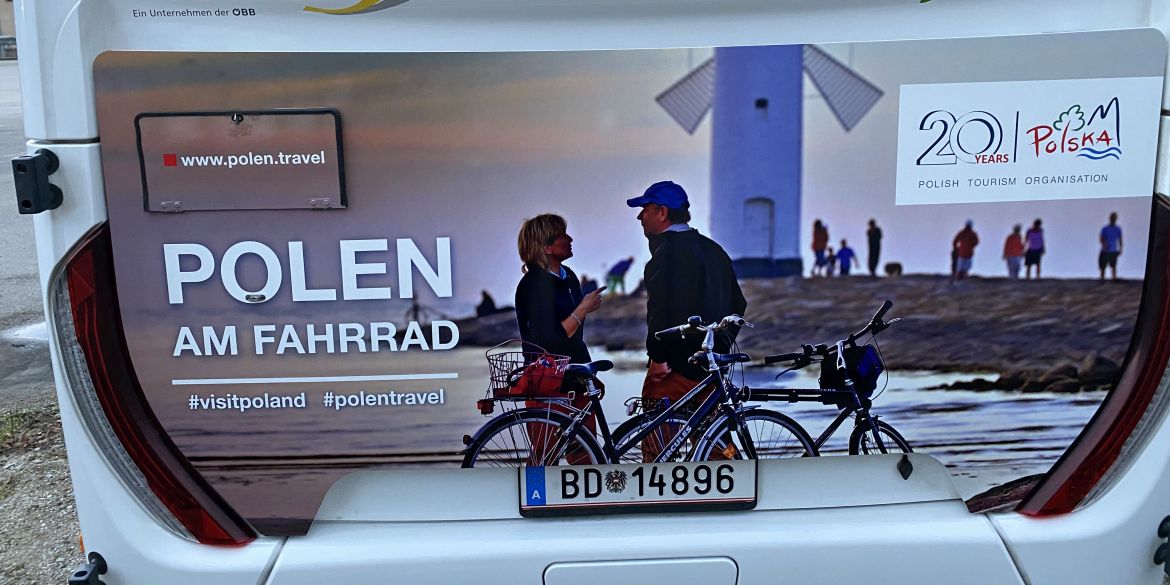 Polish Tourism Organisation (Polska Organizacja Turystyczna - POT) places its bet on promoting cycling tourism in the Austrian market. A Postbus – Vor bus branded with the “Polen am Fahhrad” advertisement has already begun running in the western part of the city. Promoting Poland, the bus will be applied for long-haul services, including the route between the Wien Hutteldorf and Tulln near Vienna railway stations, until the end of January 2021.

As part of cooperation with RailAd, 28 screens in Vienna’s urban space will display photos related to Poland’s cycling tourism for the whole of 2020. In the first quarter of the year, they will be showing the photo that was also used for the abovementioned city bus. POT’s staff developed the advertising photography project.

Another chapter of promoting cycling tourism will involve POT’s International Office in Vienna participating in the Argus Bike Festival staged on Rathausplatz to celebrate the opening of the bike season. A popular event among Austrian capital’s residents, it is also attended by representatives of companies and organisations involved in cycling tourism.