The last session of POT’s Sixth-Term Council was staged in Poznań on 8 February. The meeting was attended by, i.a. Agnieszka Jędrzejczyk-Wojciechowska, Vice-President of Polish Tourism Organisation. 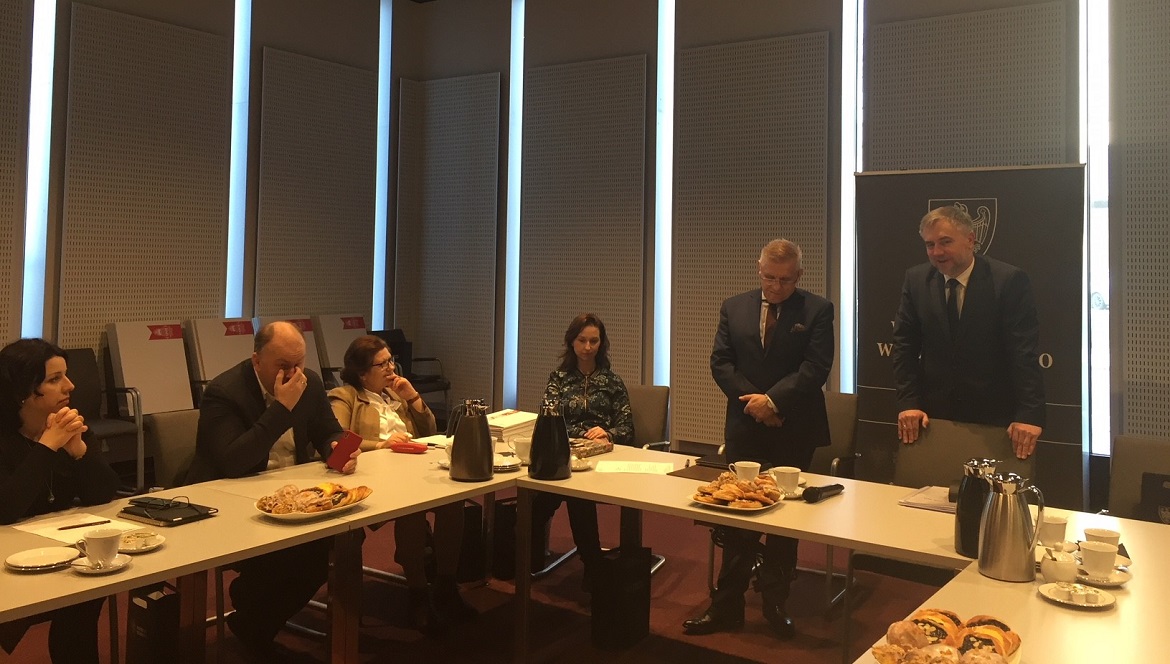 Marek Woźniak, Marshal of the Wielkopolskie Voivodeship, invited members of POT’s Sixth-Term Council to hold their last session in Poznań. The meeting was staged on the eve of the Tour Salon Trade Fair of Regions and Tourist Products also held in the capital of Wielkopolska (Greater Poland).

The Council members unanimously approved the minutes from a sitting staged in Toruń on 9-10 January. Next, Halina Trojanowska, Chief Accounting Officer of POT, presented the organisation’s financial plan for 2018, which was also adopted in a unanimous decision.

Presentations were also given by Dr Marcin Olszewski of the Poznań University of Economics and Business and Tomasz Wiktor, Head of the Department of Sport and Tourism at the Marshal’s Office of the Wielkopolskie Voivodeship. The former demonstrated, i.a. the significance of scientific research for the development of tourism strategy for cities and regions plus its nationwide merging. Wiktor focused on the tactics of actions and promotions connected with the reconstruction of the Piast Trail and the potential of tourism in the region in question on the example of the Great Waterway Loop of Wielkopolska.

As a summary of POT Council’s sixth term, a report was prepared on its efforts and activities in the discussed period. Council members emphasized their satisfaction with the work taking place within POT, expressed their opinion on the possibility of continued cooperation in regional matters, as well as indicated the leading role of POT in the promotional activities of Polish tourism.

POT initiatives in the international arena are positively perceived both by travellers and the tourism industry, as demonstrated by Polish brand’s good position (23rd in the world, in the top five for several years), the rising numbers of foreign tourists and the growing GDP in the tourism sector. The report was adopted by the Council.