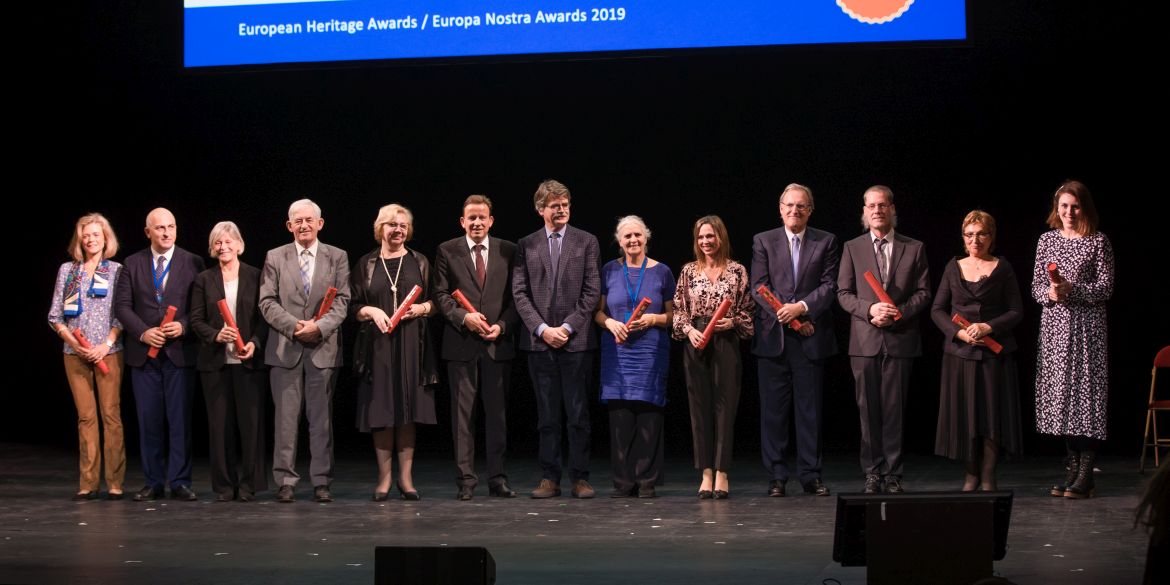 The official awards ceremony of 2019 European Heritage Awards/Europa Nostra Awards took place in Paris on 29 October. This is Europe’s most prestigious heritage awards scheme. A Polish tourist product – Queen Louise Adit in Zabrze – came first in the conservation category and was included in the group of seven Grand Prix laureates selected by a jury of experts and the Europa Nostra board out of all 25 winners. The award recognising Adit’s revitalisation was presented to Małgorzata Mańka-Szulik, Mayor of the city of Zabrze.

It is worth mentioning that in 2018 the Queen Louise Adit in Zabrze was acknowledged by the prestigious POT Certificate in the competition for the Best Tourist Product.

The European Heritage Awards ceremony involved more than 1,000 spectators, including high-level delegates of European Union institutions and member states, and leading representatives of cultural heritage organisations from all over Europe.

Revitalisation of the Queen Louise Adit Complex (part of the Coal Mining Museum in Zabrze) and its opening to the public is a consequence of the large-scale mining, construction and conservation works originally launched back in 2009. The adit’s revitalisation eventually proved to be one of the greatest challenges faced by the Coal Mining Museum in Zabrze and, consequently, city of Zabrze and Śląskie (Silesia) voivodeship. No one has ever carried out mining, construction, design and conservation works of a similar scope in a specific historical location of this kind. The main aim of the highly ambitious project was to preserve the mining heritage of the region by adapting and revitalising the area for cultural, educational and tourism purposes.

The enterprise was funded with grants from the European Union, the Municipality of Zabrze, Śląskie voivodeship, the National Environmental Protection Fund as well as with funds from the Coal Mining Museum in Zabrze.

Unmatched anywhere else in Europe, the Queen Louise Adit in Zabrze today is the largest tourist and cultural complex to be inspired by Poland’s coal mining heritage. Underground workings whose total length exceeds 5 km constitute the unquestionable high point of this unique area.