Polish Tourism Organisation participated in the International World Travel Show Tourism Fair, one of the most important events for everyone interested in travelling around our part of Europe. 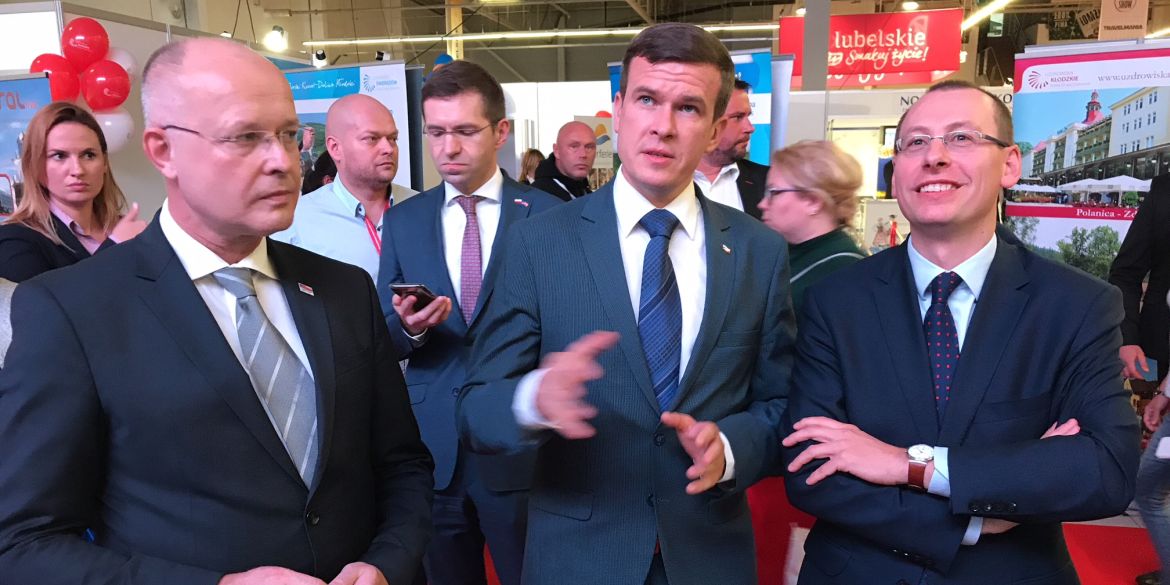 The third edition of the fair was held at Ptak Warsaw Expo in Nadarzyn on 19-21 October. Polish Tourism Organisation (Polska Organizacja Turystyczna - POT) showcased a modern booth promoting laureates of best tourist products of 2017 and the winner of the Golden Certificate - the Living Museum of Gingerbread. The latter’s representative painted gingerbread according to the wishes of visitors and hosted the enormously popular workshops on decorating gingerbread. The list of promoted projects also included European Destinations of Excellence (EDEN) in Poland, “There is no place like the countryside - 12 good practices of rural tourism”, as well as the Tourism Blogging Championship.

POT presented a highly advanced exhibition space taking up an area of 63 m2. LED displays suspended above the booth were used to show photos of Poland’s tourist must-sees interspersed with the logos of POT and the Ministry of Sports and Tourism. Visitors to the Polish national booth could watch 360-degree videos presenting the country’s highlights in virtual reality or make a souvenir GIF in a special booth to be later posted on Facebook or sent to colleagues.

In addition, the national booth also hosted competitions with awards and quizzes testing knowledge of Poland’s tourist attractions. Applying a multimedia table, the latter had participants searching for certified tourist products on a map. Moreover, contestants could also play a wheel of fortune game - when the wheel stopped they had to answer three questions relating to a given place in Poland.

The huge popularity achieved by the POT booth during the three-day event was best demonstrated by hundreds of visitors.