The first three days of February were highly inspiring, both for tourists and the industry. Poznań hosted the jubilee 30th anniversary edition of TOUR SALON Trade Fair of Regions and Tourist Products. Polish Tourism Organisation received an award for a stand most conducive to the implementation of marketing strategies. 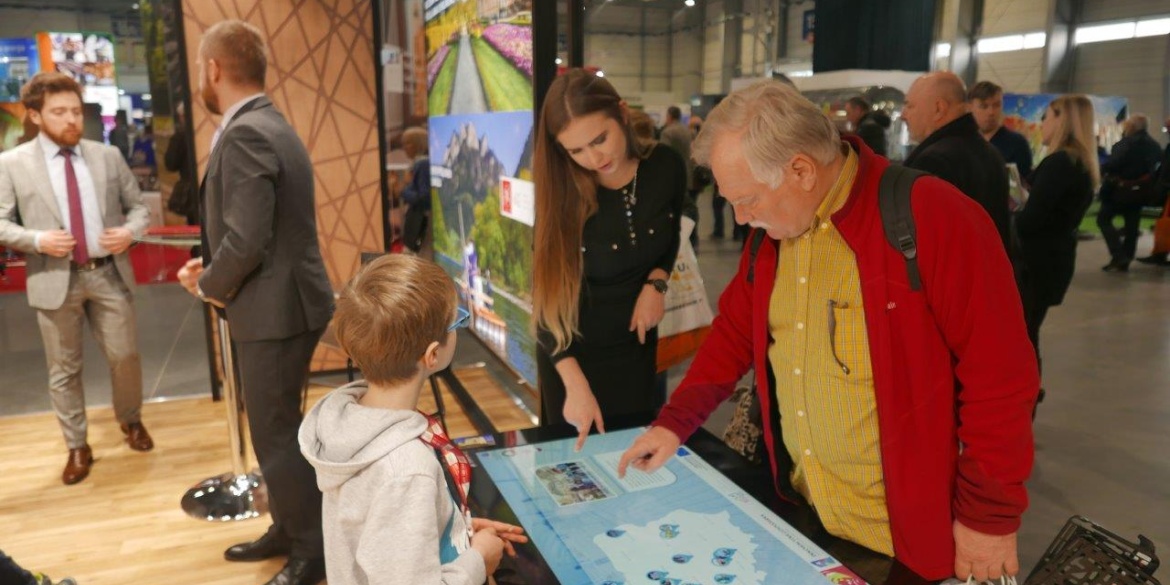 The stand was dominated by winners of the competition of Polish Tourist Organisation (Polska Organizacja Turystyczna - POT) for the Best Tourist Product. Visitors could become familiar with the offer of tourist products that received POT certificates in 2018. Screens were showing videos presenting competition laureates. In addition, fair participants also had a chance to watch a series of promotional materials shot in the 360-degree technology and take photos in a photo booth. The photos were branded with a logo of Warsaw Rising Museum, a Golden Certificate winner. To the delight of visitors, especially the youngest ones, the photos were printed immediately. Moreover, tourists could also try their hand at numerous multimedia quizzes and competitions, thus winning gadgets prepared by POT.

Polish Tourism Organisation also arranged something for entrepreneurs. Experts at the stand were encouraging visitors to take advantage of a simplified submission procedure and register in the sixth edition of the “POLAND SEE MORE - WEEKEND AT HALF PRICE” project. Everyone who failed to join the initiative at the fair could apply the www.polskazobaczwiecej.pl website where registration was open until 12 February.

Finally, TOUR SALON involved a meeting of representatives of the national tourism organisation and its regional counterparts. Jacek Janowski, Head of POT’s Department for the Promotion of Domestic Tourism, raised the topic of cooperation between the institutions in the field of actions implemented in Poland in 2019. Teresa Buczak, Head of the Department of Strategy and Marketing, discussed plans of cooperation in foreign markets. The meeting also covered the second edition of the #visitpoland project. Last time regional organisations closely cooperated with POT on arranging the itineraries of trips for bloggers. Also this year they will make a great contribution to the project.