Polish Tourism Organisation took part in The Travel and Vacation Show in Ottawa, one of Canada’s largest tourism events. 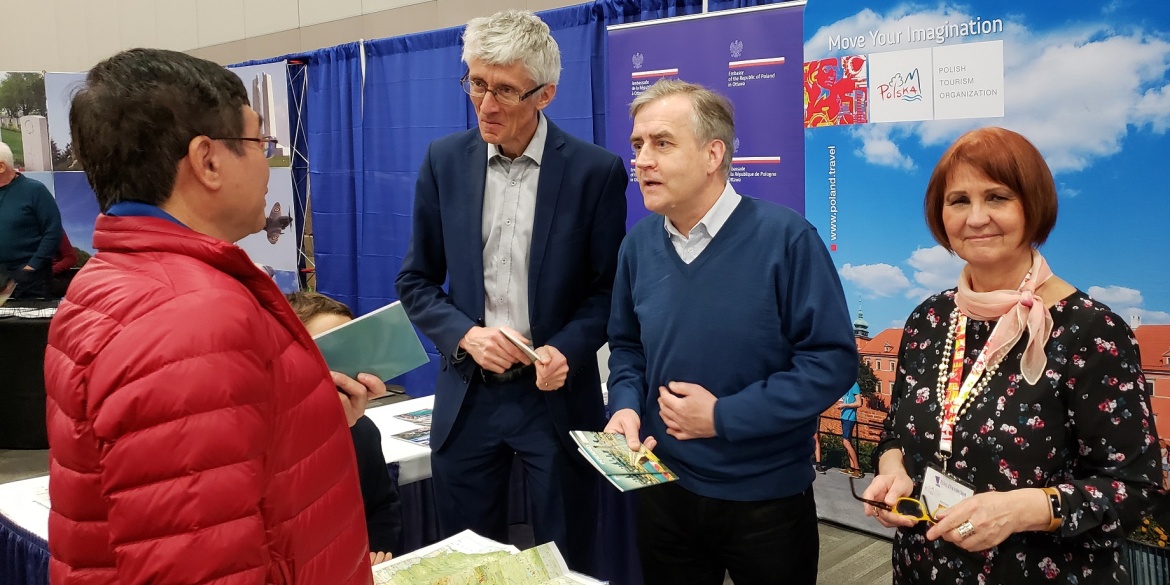 Canada’s second largest city, Ottawa has a population of more than 1.2 million residents. Each edition of The Travel and Vacation Show is attended by close to 20,000 guests who in this way have an opportunity to explore the offer of more than 200 exhibitors, including travel bureaus and national tourism organisations. Works on the stand of Polish Tourism Organisation (Polska Organizacja Turystyczna - POT) involved employees of the Polish embassy, with consuls Zbigniew Chmura and Paweł Wołkowski acting as guests of honour.

Visitors to the POT stand were most often interested in the offer of Polish cities, historical monuments included on the UNESCO world heritage list, cultural events, as well as the SPA offer. The subject of conditions for active tourism, a popular form of leisure among Canadian travellers, was also frequently discussed. As always, Polish cuisine generated an outright enthusiastic feedback, with visitors getting a taste of it by sampling pączki donuts. The promotion of Poland at Canadian tourism trade shows visibly translates into interest shown in our country by local residents. A large group of visitors to the POT stand declared that they would like to visit Poland in the nearest future. In 2018 the Canadian market recorded a considerable growth of the number of travellers to Poland compared with the year before (25% according to the data of Statistics Poland).