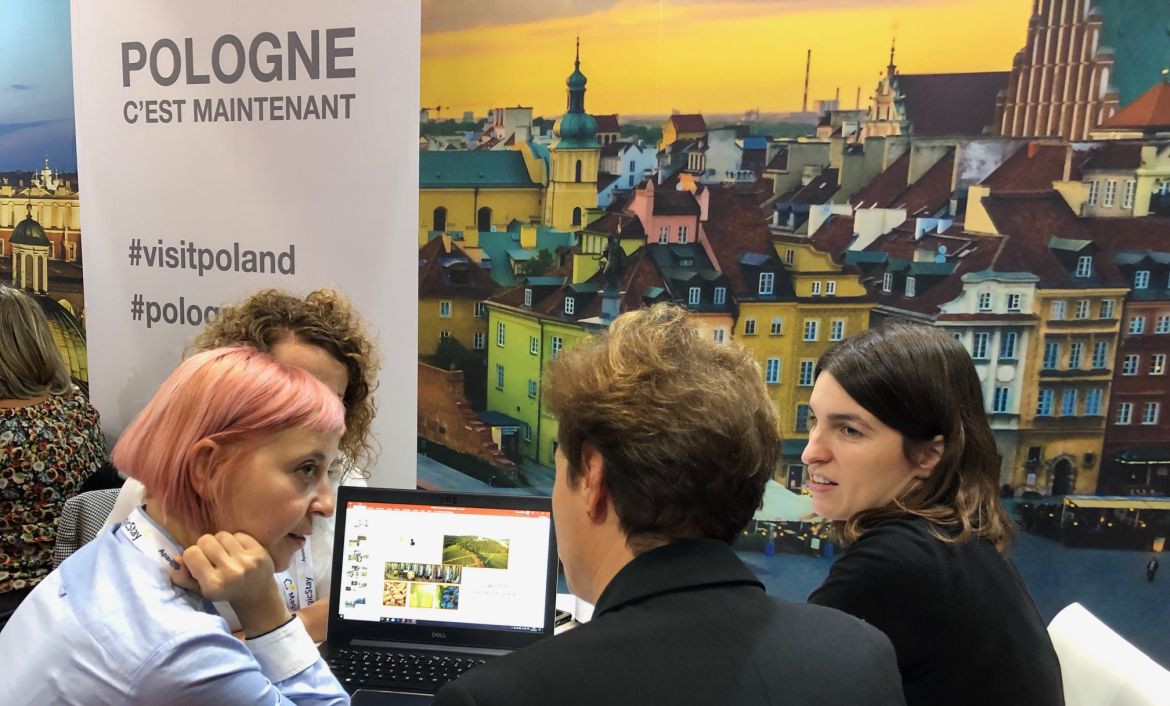 In addition, POT representatives attended a forum of bloggers and influencers. One of the discussed themes focused on examples of successful campaigns implemented as part of cooperation with numerous national institutions. The trip staged by Polish Tourism Organisation and Czech Tourisme for influencers was recognized as a prime example of operations conducted within a transnational project aimed at tourism promotion.

Organized for more than 30 years, the IFTM Top Resa show is among the largest events in the world to target exclusively the tourism industry. It is also the largest meeting tailored to entrepreneurs representing France’s broadly defined tourism sector.

This year’s edition coincided with a tumultuous period for the entire global industry - the collapse of Thomas Cook, the largest travel group in the world, along with subsidiaries owned by the behemoth. So far more than 100 travel agencies shut down in France alone, potentially signifying an exceptionally difficult phase in the discussed market.