The FITUR 2019 International Tourism Fair in Madrid broke another record by drawing close to 143,000 professionals (an increase of 1.8%) and close to 100,000 visitors on days open to the public. Polish Tourism Organisation was among the participants and showcased a brand-new national booth. 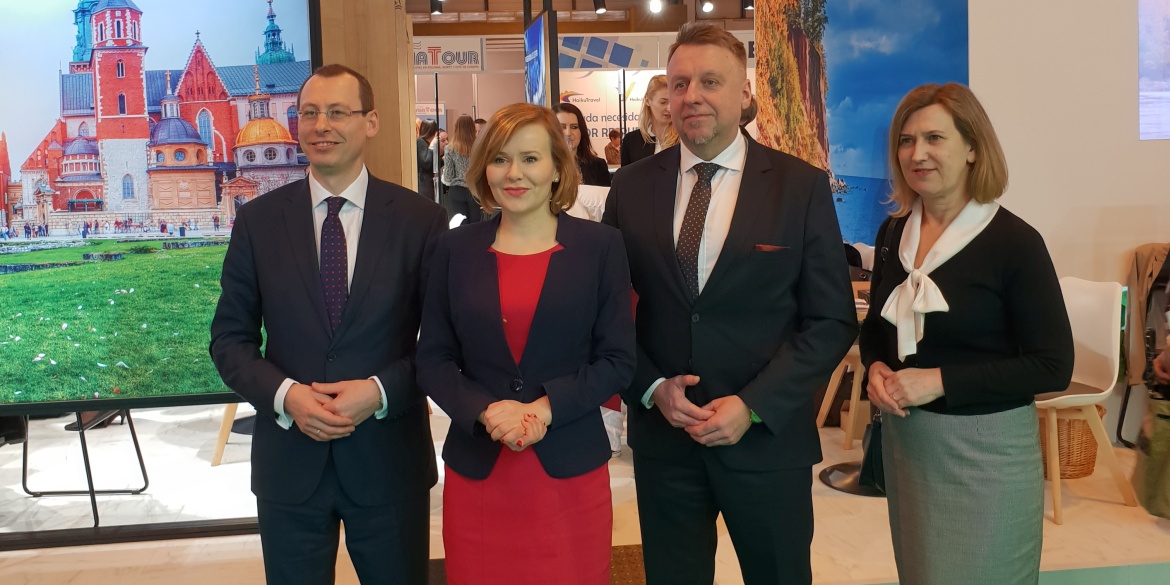 For the Polish Tourism Organisation International Office in Madrid, the FITUR fair provides an opportunity to become involved in many meetings (more than 30 this year), to introduce media representatives and bloggers to its main promotional trends, as well as to inspire residents of the Madrid agglomeration to travel to Poland. Madrid is an autonomous region that generates Spain’s largest outbound traffic. Each year the trade fair in question contributes to maintaining the growth tendency distinguishing trips to Poland.

This year the Polish national booth took up an area of 121.5 m2 and hosted 16 sub-exhibitors. Both participants and fair attendants, whose positive feedback focused on a modern form combined with a cosy and friendly style, appreciated the booth’s new visual concept. It has also been recognized by a delegation of the Ministry of Sports and Tourism headed by Secretary of State Anna Krupka. Arriving in Madrid to participate in meetings with Spanish authorities and the World Tourism Organisation, Krupka together with President of Polish Tourism Organisation (Polska Organizacja Tursystyczna - POT) Robert Andrzejczyk paid a visit to the Polish booth.

“For several years now we have been observing a significant growth of the number of Spanish-speaking tourists in Kraków. To meet their expectations, we have expanded the offer of regular tours available in Spanish that now also includes brand-new destinations, such as Częstochowa or Wadowice”, says Agnieszka Wojtczak of SeeKraków.

“Guests from Spain constitute the third largest group of tourists visiting Poznań, after travellers from Germany and Great Britain. This makes attendance in events such as the Madrid-based FITUR fair a nearly obligatory item in the calendar of Poznań Local Tourist Organisation and the regional tourist industry, this year represented by Polandinc”, adds Wojciech Mania of Poznań Local Tourist Organisation.

The trade fair was held on 23-27 January and featured 165 countries and regions presenting their B2B and B2C offer. Foreign companies accounted for more than half of all exhibitors. European destinations recorded the largest growth in attendance of 13%. They showcased their offer in pavilion 4, one of nine pavilions accommodating FITUR exhibitors.