For the first time since the beginning of the pandemic, Norway held its industry workshops in a traditional, in-person formula. In four days, almost 40 exhibitors travelled between Stavanger, Bergen, Trondheim and Oslo, meeting with representatives of the local tourism industry and media. Poland was represented by the Polish Tourism Organisation, Local Tourism Organisations from Warsaw, Poznań and Gdańsk, as well as tour operators. 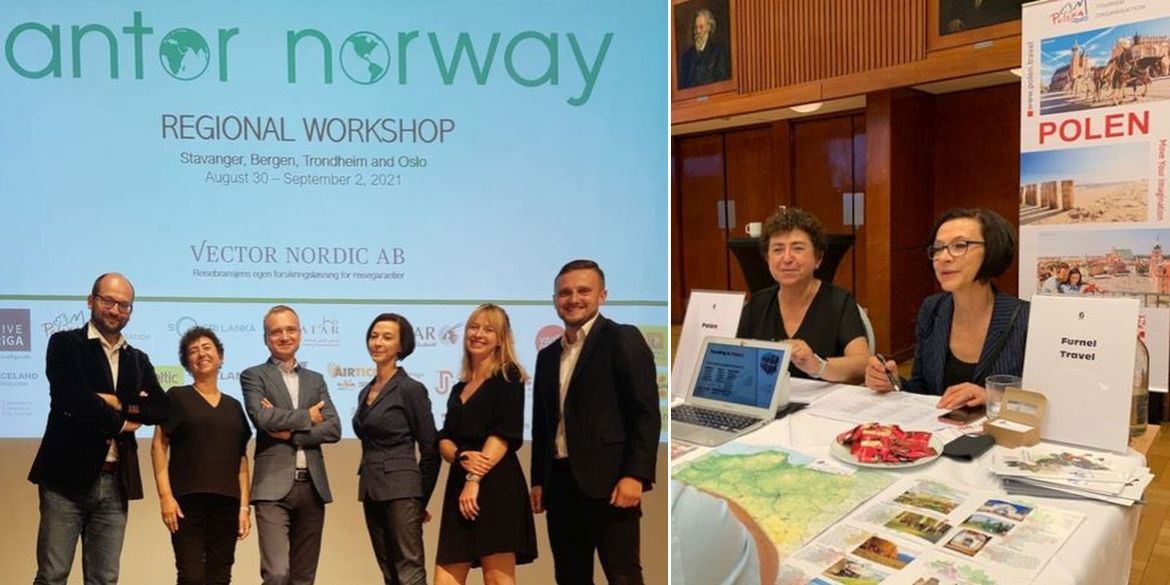 The Antor Norway Regional Workshops took place in Norway between 30 August and 2 September 2021. This is the first such event to take place in the traditional form since the announcement of the COVID-19 pandemic in March 2020. The meetings took place in four cities: Stavanger, Bergen, Trondheim and Oslo, and were attended by almost 40 exhibitors representing destinations, airlines, tour operators and DMCs.

In this group, Poland was very strongly represented – the attractions and values of our country were promoted by the POT International Office in Stockholm. Also advertising its offer were: the Warsaw Tourism Organisation, the Gdańsk Tourism Organisation and the Poznań Tourism Organisation, as well as tour operators: Furnel Travel and JanPol Incoming Tour Operator. In total, almost 80 meetings took place in four cities, which, with an exceptionally high incidence of COVID-19 cases in Norway at that time (around 1,500 cases per day) and recommendations to avoid meetings with strangers, was a great success.

Among the inquired participants, the dominating feeling was satisfaction with the increasing number of individual, business and group travel requests. Thanks to being relatively well connected to Norway, Poland has a chance to become one of the main recipients of the revived tourist traffic. A rapidly growing interest in conference halls is noticeable, too.

Group tour organisers have been interested in the possibility of combining sightseeing in large cities with active relaxation in the natural surroundings, with many of the city attractions including culinary and regenerative activities in wellness & spa centres.