Nadarzyn near Warsaw hosted the 3rd Economic Congress of Central and Eastern Europe on 29-31 May. Polish Tourism Organisation actively participated in the main event and side meetings. 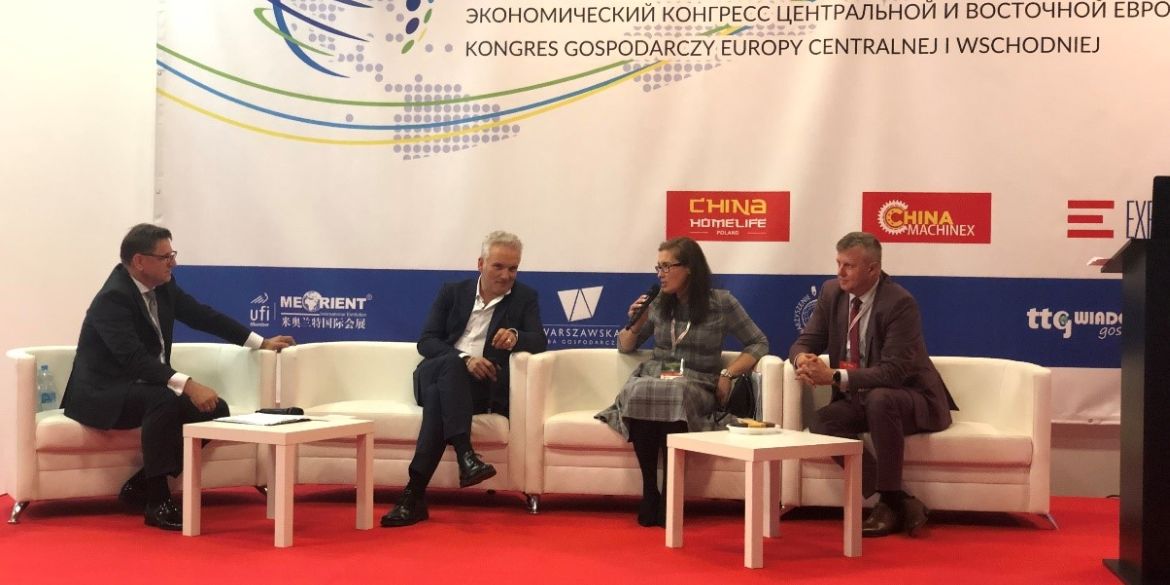 During the 3rd Economic Congress of Central and Eastern Europe, Joanna Węglarczyk, representative of Polish Tourism Organisation (Polska Organizacja Turystyczna - POT), Head of the Department of Strategy and Analyses, took part in a debate on the “Growth of tourism in Central-Eastern Europe - is joint offer for Asian, Middle Eastern and American markets possible?”. Delegates discussed the potential and limitations connected with Poland’s outbound tourism from faraway destinations and emphasized that the number of arrivals, especially from China, is on the rise. Nevertheless, the number of flights between Poland and the Middle Kingdom continues to be smaller than in other countries from the region. The issue of tourism’s evolution from group tour packages to individual travellers was also brought up, with panel participants stressing that travellers from remote destinations constitute a highly prospective group of consumers for many industries, such as the hotel and transportation sectors.

The Congress also featured a meeting of Polish Tourism Organisation representatives (Artur Brandysiewicz, Deputy Director of the Department of Strategy and Marketing, and Joanna Węglarczyk) with delegates of the All-China Journalists Association headed by Deputy Director Hu Xiaohan. Talks focused on exchanging views on Poland as a tourist destination. Chinese guests emphasized their enchantment with Polish nature, cities, historical monuments and cuisine. Pointing out that video materials broadcast both via standard television channels and their advanced online counterparts are of huge importance for the Chinese target audience, Xiaohan encouraged the development of more content of this kind. Both parties agreed that more press releases about Poland should be published, while the All-China Journalists Association declared its assistance in the selection of journalists to participate in potential fam trips.