On 12-13 March representatives of national tourism organisations of Visegrad Group member states met in the Slovakian resort of Štrbské Pleso to work out a marketing plan promoting the Czech Republic, Poland, Slovakia and Hungary. On the next day ministers in charge of tourism adopted the plan with an estimated 2019 budget of 300,000 EUR. The meeting involved Minister Anna Krupka and Robert Andrzejczyk, President of Polish Tourism Organisation. 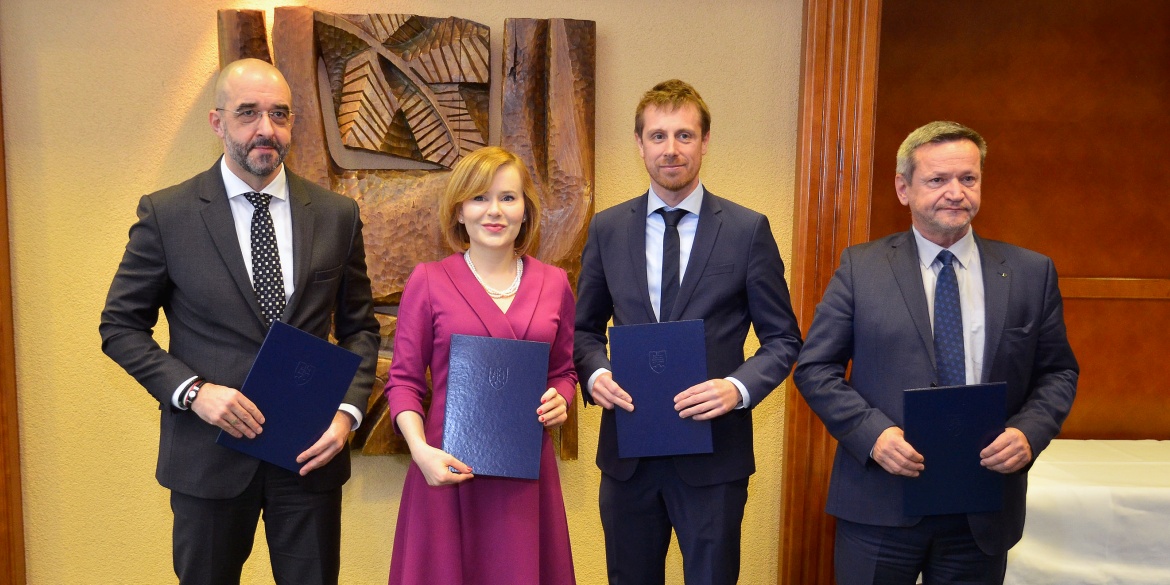 On the first day representatives of national tourism organisations discussed all jointly planned operations, defined the scope of activities and the amounts to be allocated for their implementation. Talks led to the development of an official marketing plan. Delegates of Visegrad Group member states decided to carry out joint operations in the market of the United States, Canada, Russia, the Commonwealth of Independent States, as well as Persian Gulf countries (including the United Arab Emirates). The latter is of particular importance in the context of the forthcoming Expo 2020 to be staged in Dubai.

Polish Tourism Organisation (Polska Organizacja Turystyczna - POT) will be involved mostly in operations set in the U.S. and Canada. The Visegrad Group decided to set apart close to 60% of the budget for promotion in these two markets. “It was very important for us to meet delegates of other national tourism organisations representing the Visegrad Group. I am glad that we have signed a joint marketing plan and also inaugurated a discussion on subsequent operations. We have agreed to focus on the Indian and Korean markets in the years to come. From the viewpoint of Poland, this decision is also important for the network of flights continuously expanded by PLL LOT”, says Robert Andrzejczyk, President of Polish Tourism Organisation.

On the next day, representatives of ministries met to exchange information about present-day situation and tourism-related events plus present their opinions on various seminal issues exerting an impact on the growth of tourism among Visegrad Group member states. The discussed phenomena include the latest trends affecting tourism, evolving customer behaviour and possible directions of developing a joint (tourist) product or financing tourism in the context of EU’s new multiannual financial framework for 2021-2027.

Heads of delegations concluded the meeting by signing a protocol of cooperation in the field of tourism, which placed emphasis on, i.a. the particular importance that the tourism sector has for their countries’ economies and expressed satisfaction with how Visegrad Group member states intensively cooperate in the area of tourism.